How To Enable And Use Type To Siri In iOS 11 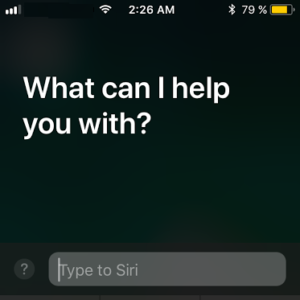 The iOS virtual assistant receives multiple new features and upgrades with the 11th iteration of the iPhone and iPad operating system. Excepting the helpful Translation function that we already reviewed for you, Siri observes your habits and is ready to anticipate your needs by making typing and search suggestions before you even ask. And talking about asking, now you don’t even have to voice command, because you can type out your request!

Thanks to iOS 11 and this new accessibility feature that primarily targets those apple customers that aren’t able to speak, you can opt to press and hold the Home button to wake Siri and then type your request. The feature is called “Type to Siri” and is highly appreciated by iPhone and iPad users that have no health restrictions or impairments. 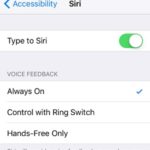 How To Enable Type to Siri
The commands typing feature isn’t active by default in iOS 11. That’s because it relies on the iPhone or iPad Home button to wake Siri, thus making the voice command option obsolete. As soon as you enable Siri text commands, the voice ones will be a little harder to open. Continue reading to learn how to do it:
1. Open the Settings app on your iPhone and iPad and tap on the General tab.
2. Next, tap on Accessibility and scroll for the Siri label.
3. Tap it and switch the knob next to the Type to Siri label towards the On position. 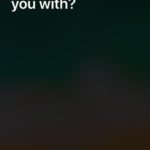 How To Use Type to Siri
1. Press & hold the iPhone or iPad Home button until Siri’s interface is displayed on your screen.
2. Type your command. (Hint: Use the new iOS 11 one-handed keyboard if needed!).
3. Tap Done to launch the interrogation.
Fact: Siri replies as usual, with both voice and text communication channels.

How To Voice Command With Type to Siri On
As mentioned above, when this new Siri feature is enabled the traditional voice command gesture is replaced with the text input option. Don’t panic though, here are two possible workarounds:
1. Via Hey Siri
-> grab your iOS device, open Settings and browse for the Siri & Search label.
-> Tap on it and enable the Listen for Hey Siri option. This helps users to wake the virtual assistant with a simple shout.
-> Now simply, speak out and command Hey Siri to wake the iOS assistant.

2. With Dictation
Assuming that Type to Siri is enabled, press & hold the Home button until the text input field shows up on your screen. Next you can tap the microphone button, available in the bottom-left corner of the screen and dictate your command to Siri.

3. On Apple Watch
Last but not least you can speak out with Siri from the Apple Watch, in case you own one. Press & hold the Digital Crown until the virtual assistant wakes up. Speak out your command!