How To Enable Screenshots On Your Apple Watch 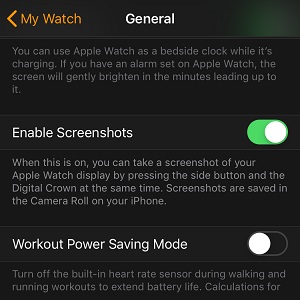 How to enable Apple Watch screenshots.

Are you trying to print the screen of your Apple Watch but the screenshot feature doesn’t seem to work? This issue is reported by a lot of new Apple smartwatch owners. Differently from your iPhone, the wrist-worn device doesn’t come with the print-screen feature enabled by default. Every time you click the Home Button combined with the Sleep button, the current screen content is captured and saved as an image in the Photos app.

Home Button-less iOS devices, like the iPhone X or newer, use the Side Button + Volume Up Key combo for performing screenshots. For the Apple Watch the button combo that triggers a screenshot is Side Button + Digital Crown. However, if you don’t enable the feature from the Apple Watch, the print-screen won’t happen. 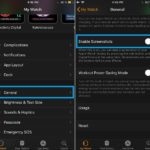 1. Open the Apple Watch app on the paired iPhone.
2. In the My Watch tab, tap on General.
3. Scroll all the way down and use the Enable Screenshots setting.
Tip: You get the confirmation that a screenshot was taken if the Apple Watch screen flashes after you simultaneously press the Side Button and the Digital Crown.

Fact: Screenshots performed on the watchOS device are saved in the Camera Roll of the paired iPhone. If the iOS device is not in range at the moment of capturing, the images will be downloaded to the Photos app as soon as the two gadgets reconnect.