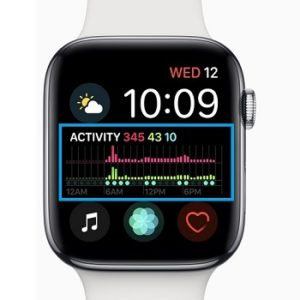 Several readers from Australia have informed us about a watchOS 5 bug that’s affecting the new Apple Watch Series 4 models. It seems that the software can’t properly cope with the daylight saving time switch. The issue occurs along the new Infograph Watch Face, when it displays a 24-hour Activity timeline, informing the user about the amount of calories burned, time spent for exercising and accumulated Stand Hours.

Because of the daylight saving time switch, the large Activity complication graph has to feature only 23 hours instead of 24 and watchOS 5 can’t handle this task. As soon as the daylight saving time kicks in or the Infograph theme is activated, the device starts rebooting in loops until the battery depletes and the Watch shuts down. Even if you plug it into a power source it will continue restarting after the initial power ON.

How To Fix watchOS 5 Daylight Saving Time Bug
Until Apple issues a software update to patch this deficiency, here is what you can do to regain control of your wrist-worn device:
1. Grab the paired iPhone and open the Apple Watch app.
2. On the My Watch tab, tap on Edit available on the right side of the My Faces section.
3. Delete the Infograph Watch Face to make sure that the bug isn’t triggered anymore and avoid further Apple Watch reboots.
4. Tap Done when ready.
Tip: You can add the Infograph Watch Face back , but configure it first and remove the large Activity complication. Add the shortcut one day later when the day counts 24 hours again.

Fact: Apple has recently released watchOS 5.0.1 with bug fixes and might rollout version 5.0.2 as soon as other bugs start surfacing! Daylight saving time changeover in the U.S. is scheduled for November 4 while, Europe changes clocks in the last Sunday of October. Stay tuned for updates!