How To Fix Greyed Out Flashlight Icon In iPhone Control Center 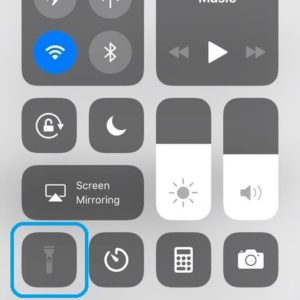 Have you recently updated to iOS 11 and you just noticed that Flashlight is unavailable on your device? Don’t panic! You’re not the first to encounter this glitch. A series of our readers have mailed us and reported abut this bug. Some fresh updated iPhones, to the 11th iOS generation, display a greyed out Flashlight icon in Control Center. This makes the torch unavailable because, the greyed out switch is unresponsive to your touches.

The first thing that you can do to fix this is to open the Settings app and tap on the Control Center menu. Next, tap on Customize Controls and delete the Torch shortcut. Tap on Back to save your change and return to the customization menu. Now, bring back the Torch feature from the More Controls list. Tap the green “+” icon to bring the feature to the Include list. Drag and drop the label into the desired position. Now, open the Control Center and see if the Flashlight icon is still greyed out?

Reboot iPhone To Fix Idle iPhone Flashlight
If the above tip did not solve your issue, the next option is to hard restart your iPhone if you want the rapid fix, or perform a classic shutdown and reboot of the device. After the device powers on slide for the Control Center and the Flashlight button should be available. 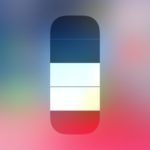 iPhone Torch Brightness Trick
Do you know that you can deep press on the Flashlight icon in the Control Center and open a hidden menu that allows you to fine tune the intensity of the Flash. There are 5 levels to choose from on a vertical scale. The higher you go the brighter the torch!
Fact: iOS 11 knows to preserve the setting and will light your torch at the same intensity you used it the previous time around.

Tip: The Apple Watch has also received a Flashlight feature in watchOS 4!