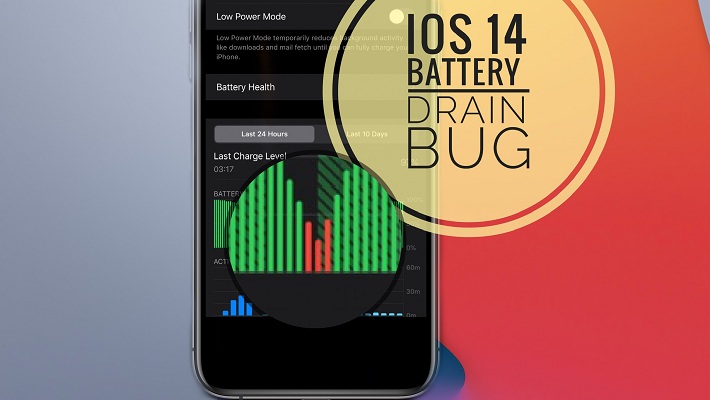 Is your iPhone battery draining faster since you updated to iOS 14.2? More, is your device taking longer than usual to charge? Apparently, this is a common problem especially for owners of older iPhone models. A bunch of reports regarding the iOS 14.2 battery drain issue have been mailed to us over the weekend and we could find a series of similar cases on Reddit and Apple’s Developers Forums.

The main symptom of this problem is represented by an accelerated battery drain that can’t be justified by the user’s iPhone usage. The quick battery loss comes in large drops of a short period of time, with up to 30% of a drop in less than 1 hour, of medium to light usage.

Users also report that severe battery draining occurs even overnight, with the device losing up to 49% in battery load over the span of 8 hours of idle time.

More, some report that the drop is sudden and usually happens after the battery percentage is stuck at a high level for a longer period of time. However, even this can’t explain a drop of 80 percentage points during a 30-minute voice call.

Fact: The issue is frequent in older iPhone models like the iPhone 6S, 7, 8 and even the iPhone X. Important: All these devices do have a Maximum Capacity reading of over 80% and the Battery Health is labeled as being at ‘Peak Performance Capability’!

Unfortunately, there is not much that you can do at the moment to improve this issue. Some of the troubleshooting methods that we can suggest are:

Fact: Using your iPhone in a cold environment could lead to increased battery draining, as Li-Ion batteries drop in performance when the temperature comes close to freezing levels. However, this isn’t the main cause of the iOS 14.2 battery drain issue!

Conclusion: While there are plenty complaints about severe iOS 14.2 battery drains, there are also iPhone users that claim that iOS 14.2 has improved the battery life on their devices when compared to iOS 14.1 and iOS 14.0.

If you recently installed iOS 14.2 while switching from iOS 13.x or during the process of restoring your iPhone, please give your iPhone a couple of days time to re-index your iCloud data and other settings. This procedure will cause quick battery drain and is normal. If the battery drain problem continues after this it means that you do need to attempt to debug it!

Is your iPhone plagued by the iOS 14 battery draining bug? Use the comments section to share the details. Did any of the above fixes help? Are we missing something? Don’t hesitate to share it with us!

Related: Other common iOS 14.2 bugs are:
– Messages notifications bug that randomly causes alerts for iMessages and regular SMS text from getting triggered. The glitch also issues a read receipt to the sender, without the receiver even knowing that he got a new message.
– iPhone keyboard lag when attempting to type in Messages.
– Sound Recognition bug crashes the Settings app whenever the users attempts to edit settings.