How To Fix iPhone Battery Percentage Bug In iOS 14 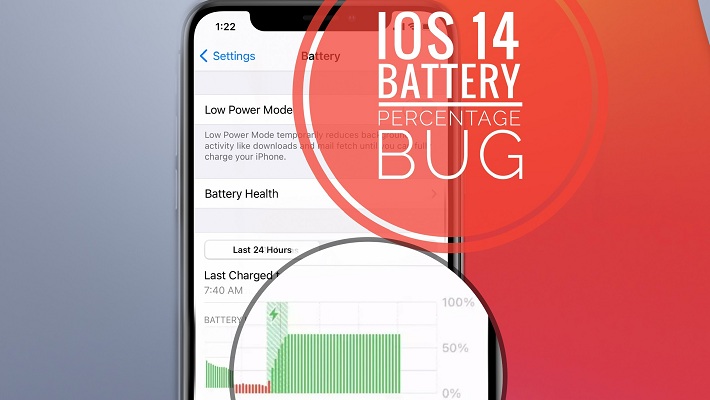 Is your iPhone battery percentage not working properly? A series of users have mailed us to complain that their iPhone (X, XR, 11 and 12 Pro Max) seem to display an incorrect remaining battery percentage value since updating to iOS 14.2. The issue seems to occur right after the device is charged overnight. The iPhone shows a battery level value less than 100% although it was on the charger for several hours.

The Optimized Battery Charging feature isn’t to blame, because iPhones aren’t showing 80% battery charge value when unplugged, but lower values, of %71, %65 or %63 percent. The bug is confirmed by the fact that the device remains stuck at the initial battery percentage level for several hours, before the value starts to decrease.

This iPhone battery percentage calibration problem seems to be caused by an iOS 14 bug. Apple should fix it in an upcoming software update. In the meantime you can apply to following troubleshooting steps:

Users have reported that the problem can be temporarily fixed with an iPhone reboot. Restarting the device causes the battery percentage to jump back to normal value, which is higher than the initial one.

James F. has confirmed that his iPhone XR jumped to 89% after the reboot. The device was stuck at %71 battery level during charging and he used it for almost 1 hour before restarting.
How To: Use the force restart trick described here.

To prevent the iOS 14 battery percentage bug from re-occurring, we recommend you to preform the following steps:

Is the battery percentage still not working properly? You can also attempt to calibrate your iPhone battery as follows: 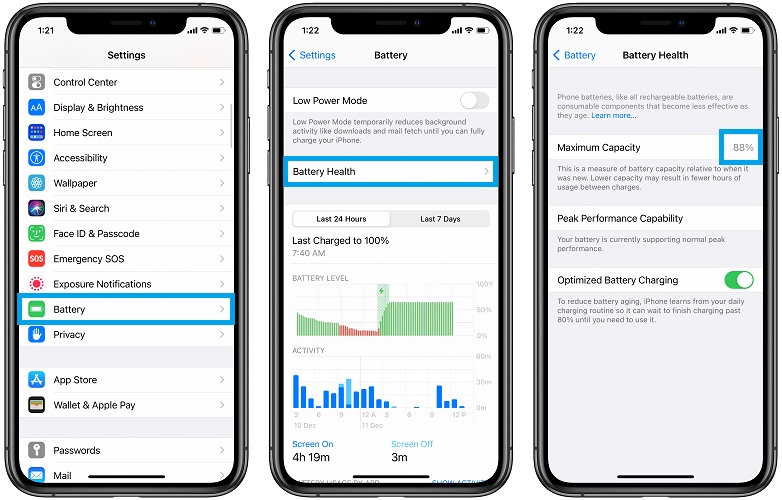 Although a less likely scenario, the battery percentage issue might be caused by an aged iPhone battery. If the Maximum Capacity of your battery drops below 80% it means that it qualifies for a replacement. This value is available in the Battery Health settings and can get a significant correction after an iOS update.
So, the fact that you updated to iOS 14 could coincide with the fact that your iPhone’s aged battery has dropped below Peak Performance Capability and thus has started to work erratically.
How To: Browse for Settings -> Battery -> Battery Health and check the Maximum Capacity value.

Have you managed to fix the battery percentage issue in iOS 14? Did any of the fixes listed above helped you out? Use the comments section and let us know. Did we miss something out? Don’t hesitate to share it. Please mention your iPhone model and exact iOS 14 version.

Related: Is your iPhone battery draining faster than usual since updating to iOS 14.2? Here are some troubleshooting options!