How To Fix Messages Notifications Not Working On iPhone (iOS 14) 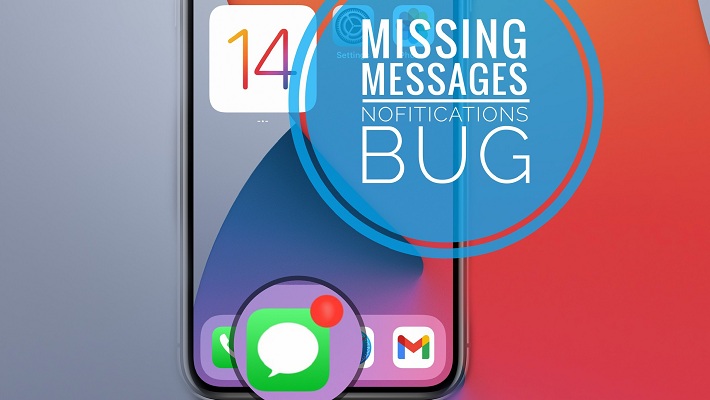 Are Messages notifications not working properly? Is your iPhone randomly failing to alert you when a new iMessage or SMS lands in? That’s because of an annoying iOS 14.2 bug, that causes alerts in Messages not to work as expected. Some texts are announced as usual with a sound and a Lock Screen or banner notification, while others are delivered quietly.

When notifications aren’t working, the red Messages badge is missing too. I’m talking about the red number, that hovers in the top-right corner of the Messages icon, to signal that one ore more unread texts are available. The issue occurs for both iMessages and regular SMS texts.

This is very annoying because iPhone users can miss important messages. Don’t get me wrong, the texts are actually delivered but you won’t have any idea bout it, unless you manually check the Messages app every now and then. That’s highly frustrating especially when you’re expecting important news via iMessage or regular SMS.

Update (November 17) – Even worse, the Messages notifications bug also issues read receipts to your sender, signaling them that you actually read their text, without you being even aware that it landed on your iPhone. This is the worst combo possible and could make your loved ones or friends think that you are trying to ghost them and avoid interaction.
Credits: This additional behavior has been reported by Daniel in the comments section.

How To Fix Messages Notifications Bug

Our test have shown that force quitting the Messages app or rebooting the iPhone aren’t reliable fixes. They might work temporary, but because this bug’s behavior is so random you can’t really tell if the problem is fixed and resurfaces later, or isn’t fix at all.
What’s certain is that the bug re-occurred on our devices after rebooting the iPhone, after various time frames.

At the moment, we don’t have a confirmed fix, but you can try the following to troubleshoot: 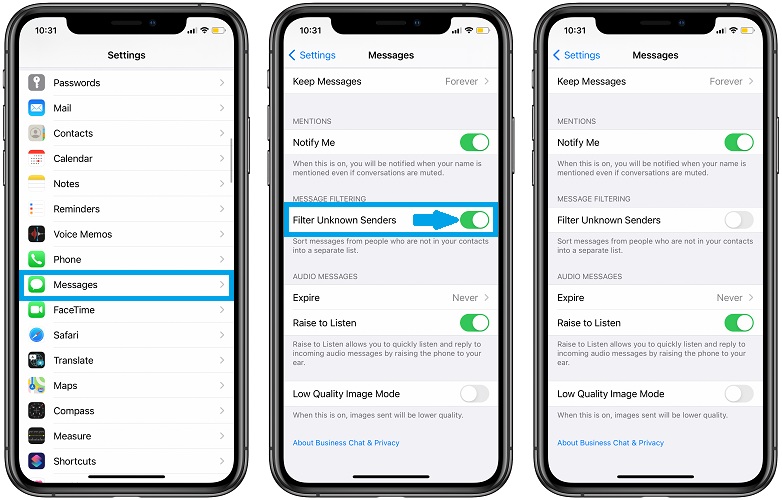 One reader has informed us that he managed to fix the notifications bug by disabling Messages and turning it back On.
How To: Browse for Settings -> Messages and disable iMessage. Reboot iPhone and re-enable Apple’s free messaging service! Does it fix the missing Messages notifications?

This option is rather a workaround. We’ve noticed that even when the iOS 14.2 notifications bug is occurring the Apple Watch still does its job and displays the notifications on your wrist.
If you own a watchOS device you can trust it, to announce you when new texts are available!

Apple is about to release iOS 14.3. The Messages notifications bug isn’t referenced in the update log published for the iOS 14.3 Release Candidate version.
However, Apple often squeezes bug fixes in updates without mentioning them. On the other side though, you would expect that such a highly awaited fix would be announced in the changelog!

Tip: If you can’t wait it out anymore until Monday, December 14, you can download and install iOS 14.3 RC 2 on your iPhone as instructed here.

Feedback: If you can confirm the Messages notifications fix, don’t hesitate to share it with us in the comments section, available below!

Stephen mentioned a few other troubleshooting steps that you can try including:
– setting a custom message tone for the contacts and attempt to make the Messages notifications to work for important contacts.
– delete and recreate an important contact in the Contacts app.
Fact: However, none of the above fixed the Messages notifications not working problem.

Reader Kori has noticed that the Messages notifications bug can be avoided if you’re exiting the conversation thread before dismissing Messages.
How To: After you read or send a text, tap the ‘back arrow’ (left pointing), available in the top-left corner of the screen to go back to the Messages home screen, the one where all conversations are listed.
Tip: You can also swipe-right, instead of tapping the back arrow, for a more seamless interaction.

Some readers claim that disabling the Attention Aware setting in Face ID has improved the Messages notifications bug. We can’t confirm this but because this issue is so sever, you have to try everything out.

How To: Settings -> Face ID & Passcode -> Attention Aware Features (disable!)
Do you notice any improvements after tweaking this setting? Use the comments section, at the end of the article and share your feedback.
Fact: iOS 14 Messages notifications not working have been also reported on iPhones with a Home Button, thus no Face ID. This clearly proves that the Attention Aware feature can’t be the main trigger of the issue.

Are Messages notifications not working on your iPhone too? Share your feedback using the comments section. Have you notice any specific behavior that triggers this bug? Don’t hesitate to mention it and we’ll attempt to fix this with the power of the community.

We’ll also use this topic to send a bug report to Apple. So, the more confirmations that stronger the case.

Related: Other bugs reported for iOS 14.2 are:
– iPhone keyboard lag when attempting to type Messages.
– Optimized battery charging for iPhone is automatically re-enabled after each iPhone restart or new charging cycle.
– Incoming call banner disappears and isn’t interactive. iPhone user can’t answer a call from the banner.
– iPhone speakerphone not working as it should, volume too low!