How To Fix The iPhone Auto-Lock Problem In iOS 11 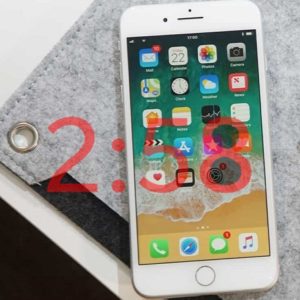 iPhone 8 Plus with Auto-Lock problem.

In the last few days a series of iPhone users have mailed us complaining that their iOS devices are failing to auto-lock. The interesting thing is that this bug seems to occur only on the 2017 Apple flagships as the reports only mentioned the iPhone 8 and 8 Plus models. However, this might be an iOS 11 related issue too as the affected units fail to turn-off the display and automatically lock themselves after the predefined time frame.

This wouldn’t be nor the first or the last iOS 11 bug reported. The 11th iOS generation has brought a lot of new features and many enhancements to the iPhone and iPad but the multitude of changes camw with their share of bugs and glitches. The Reachability bug is one of them. However, the screen drop-down trick for better reach has been repaired since iOS 11.1 Beta 2. So, there is a chance that the Auto-Lock glitch will also be fixed along the release of the first major iOS 11 iteration expected around the iPhone X launch day.

How To Fix iPhone Auto-Lock Problem 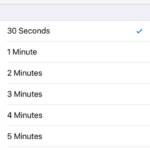 Before Apple releases a patch for this issue, you can temporarily fix your iPhone’s auto-lock problem. One solution is to open the iOS Settings app and check the Auto-Lock settings. Tap on Display & Brightness and set the Auto-Lock timer to 30 seconds, the shortest time frame available.
Tip: If the iPhone is in Low Power mode while you attempt to tweak this setting it will automatically enable the 30 second auto-lock setting. However, make sure that you deactivated Low Power mode, via the new iOS 11 Control Center shortcut! 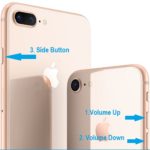 Secondly, if the above attempt has no success, go the hard way and restart your device! You can either press & hold the Power button (Side Button) until the “slide to power off” screen is displayed. Turn off the iPhone and bring it back On a few seconds later. Or, use the force restart shortcut to rapidly reboot your device.
Tip: Be aware that force restarting the iPhone 8 and 8 Plus has changed, when compared to the iPhone 7 hard reboot.

Fact: We’ve noticed that restarting your iPhone will temporarily fix the Auto-Lock bug and the feature works normally. However, at some point it will fail to function again and you have to restart again. Let’s hope that this will be fixed by Apple with an iOS software update anytime soon!