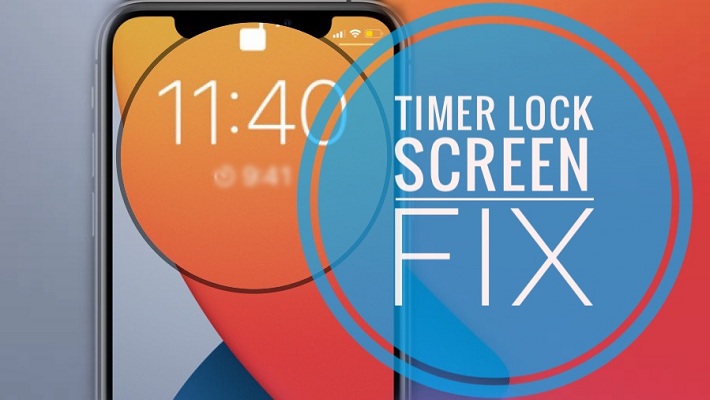 Timer not showing on Lock Screen in iOS 14

Updated (October 6, 2020) with fix for iOS 14 timer locks screen bug!
iOS 14 (as well as its predecessor, iOS 13) is a spectacular and useful update but it isn’t perfect by any means! That’s confirmed by a series of glitches that have surfaced since the release. I can mention the Ringer and Alerts bug, Facebook local network access glitch and many more.

Nevertheless, it seems that the Timer Lock Screen bug has survived ever since iOS 13. Many readers informed us that the iPhone’s countdown timer isn’t displaying on the iOS 14 Lock Screen.

The timer is very useful when you want to countdown the time for some specific event or routine. In most cases you would like to check your iPhone’s lock screen to see the progress and how much time there’s left for the task to be completed. For many, the Timer isn’t displaying on their lock screen after updating to iOS 13 (or iOS 14).

How To Fix Timer Not Showing Up On Lock Screen 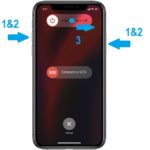 Until a software update will finally address this issue, all that you can do is reboot your iPhone. Troubleshooting has shown that once the iOS device is rebooted the Timer starts to display normally. Simply, turn your iPhone off and power it back on to get rid of the glitch.

How To: Quickly click and release the Volume Up button, followed by the Side Button. However, the Side button press you have to hold for a longer time until the “slide to power of screen” is displayed. Slide-right and your iPhone will power off. Turn it back on by holding the Side Button.

iPhones with Home Button: have a different shut down routine. Press and hold the Power (Side) button until the “slide to power off” screen is displayed on your screen. Turn it back on, provide the Passcode and test your Timer. The feature should work now!

Or Force Restart: There is also the option to hard reboot your iOS device and get ride of the Timer lock screen bug. More details about force restarting can be found here (edge-to-edge iPhones) and here (iPhones with Home button.)

iPhone timer still not working? You can try to remove the Timer from Control Center and add it back. Some users reported that this helped. Here is how to:

We’ve also got reports from users that complained about the Timer not showing on Lock screen because they have been using the Zoom mode. Just to make sure that you tick this cause too, attempt to enable and disable the Zoom view on your iPhone and see if this solves the problem:

If your iPhone is connected to a charger, iOS 14 will display the remaining battery percentage on the Lock Screen, instead of the Timer.
Trick: Double-tap the Lock Screen to display the Timer instead of the battery percentage.
Fact: Use the same tip if the Timer isn’t showing up on your lock screen even when the iPhone isn’t connected to a charger. Let us know if it helps!

Watch this video guide and see how to implement the above tips in iOS 14:

Are you encountering the iOS 13 and iOS 14 Timer not showing up on Lock screen bug? Let us know if any of the above listed fixes worked for you. Use the comments section available below!

Related: How to fix iPhone Ringer volume button that’s not working as expected!