How To Fix Unresponsive iPhone 8 And X Aftermarket Touchscreens In iOS 11.3 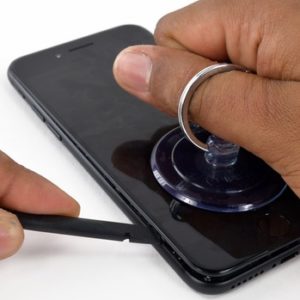 If you haven’t updated to iOS 11.3 already, you’d better read this before pressing the Download and Install icon in the Software Update screen of the Settings app! Several reports confirm that iPhone 8 and iPhone X models which have been repaired in third party services experience malfunctioning of the touchscreen or the ambient light sensor.

This problem occurs for iOS devices that have gotten their screen replaced with aftermarket displays. iOS 11.3 seems to be able to notice if the iPhone is packed with a genuine LCD or OLED screen and intentionally or not messes up the touchscreen functionality for those Apple smartphones that have been serviced with aftermarket parts. It’s quite common for iPhone owners that don’t own an AppleCare+ insurance to repair their cracked screens in third party repair shops, because of the lower costs. 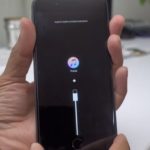 As stated above, we’re unsure yet if this is an iOS 11.3 glitch or Apple is intentionally sabotaging third party iPhone repair shops. Considering that since February 2017, the Federal Trade Commission has rulled that third-party screen repairs aren’t voiding warranties anymore, because customers have the right to self-repair their devices, the unresponsive touchscreen is a flaw that will be corrected with an upcoming software update. Until then though here is what you have to do in order to stay away from this problem:
1. Avoid Upgrade: avoid upgrading to iOS 11.3 and wait for a later version that will patch this “bug”.
2. DFU iPhone: If you’re already facing the issue of an unresponsive iPhone 8 touchscreen or a faulty iPhone X ambient light sensing functionality bring your iPhone into DFU mode and restore it from the most recent backup. Several readers have informed us that this fix has worked on their iPhone 8 models!

Fact: Besides bug fixes and stability improvements the most important new features coming with iOS 11.3 are the Battery Health option and Performance Management Controls, as well as 4 new animojis for the iPhone X!