How To Get Past Pokemon GO Servers Downtime 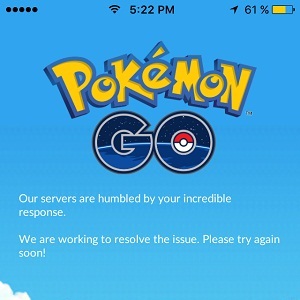 Even if you are lucky enough for Pokemon GO to have been released in your country, this doesn’t mean that you can just go ahead and enjoy the latest gaming addiction. Pikachu and his pocket-monster gang are having a huge round of success and this game will surly make a few people rich, especially those from Nintendo and Niantic Inc. However, it seems that even they couldn’t predict that their app would end up being a bestseller so quickly and this is why there are worldwide server connectivity problems.

Many Pokemon GO fans can’t “GO” ahead and start hunting the fantasy creatures on the streets of their cities, because their iPhones or any other Android smartphones fail to connect to Nintendo’s servers. That’s because there are simply too many players trying to connect in the same time and the servers can’t handle the huge load. So, the million dollar question sounds like this: Is there a way to get around the busy servers issue? 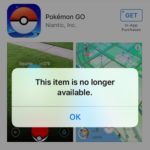 App Store Servers Overload
First of all, if Pokemon GO is available in your country you have to be patient enough to get past Apple’s overloaded servers. The high amount of fans trying to download the app in the same time cause the App Store to overload and display the, This item is no longer available, error message. If you insist long enough your download will start and the game is installed on your iPhone. Check your home screen at tap the new Pokemon GO icon available on the screen. 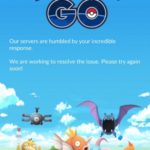 Nintendo Servers Overload
The first time you launch the game, you’re asked to enter your date of birth. Tap on Submit and now it’s time to signup for a Pokemon GO account. You can do it via your own Google account, or by applying to the Pokemon Trainer Club. Choose Google because this is the smoother way. However, if your region is busy you might end up typing your Google account credentials a number of times. If the PokeServers are overloaded you will get an error message that reads:

“Our servers are humbled by your incredible response. We are working to resolve the issue. Please try again soon!” 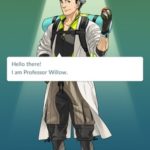 You have to redo the process until you get a glimpse of Professor Willow on your iPhone’s screen.

Fact: If Nintendo’s servers are crowded you will get errors every time an important event occurs while you play. For example, after catching your first Pokemon, you are asked to choose a Nickname. Be prepared to type it several times. Connectivity problems will fail to register your selection and you’ll have to redo the process again and again. At first you might wrongly think that the chosen username is to blame, but the issue lies with the hosts. 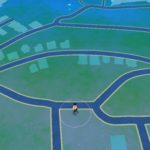 Until Nintendo & Niantic Inc. improve their servers and recalculate their hardware to match this unprecedented worldwide gaming frenzy, you can try to catch Pokemons during non rush hour traffic times. Yes, I know that it’s not the best idea to go walking on the streets, hours after midnight, or very early in the morning when most people sleep, but that’s a sacrifice that you have to endure if you wish to have a flawless Pokemon Go experience. So catch & train when its quiet and go battle when is crowded!

Important: Remember to be alert at all times when playing Pokemon GO! Stay aware of your surroundings! 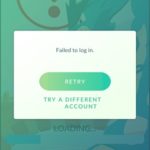 1. Log-in Problems
If you’re already registered and want to sign-in during crowded moments you will get an error message like:
– “Failed to log in” and have the options to Retry or Try A Different Account. Of course that your account isn’t to blame. Try again and you might succeed. However, if the servers are very busy, you’ll have to give it a go and try it later.
– “Failed to get player information from the server.” is another common error screen when you wish to play Pokemon GO when every one does it too! 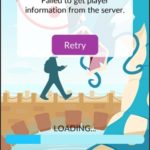 2. Less Pokemons: The whole gameplay is slowed down when there is a Pokemon GO rush hour in your region. I’ve noticed that the little monsters are generated rarely on the Pokemap and even if you reach their to be location, they fail to appear because the servers are too busy to show them on the map when you reach the proper spot.
3. Lost Pokemon: One of the most annoying glitch caused by Pokemon Go server overloading is when you walk and finally get to hunt a pocket monster, throw the Pocketball, catch the fantasy creature and the servers fail to process the information. When the game reloads you realize that your catch isn’t processed and you lost the opportunity to complete your Pokemon collection. This happened to me twice! 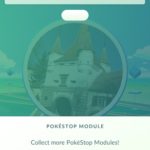 4. Empty PokeStops: When the app is working slow PokeStops don’t open properly when you tap on them. Their image isn’t displayed, of if it is, there are high chances that you end up empty handed after spinning the coin.

Fact: We’ve also received reports from other several locations of the planet that not only the Pokemon GO servers are to blame, but also local mobile phone carriers. Rush hour play makes their 4G and especially 3G networks struggle too. A combination of poor Internet bandwidth and crowded servers is surly the biggest nightmare for every PokeTrainer!