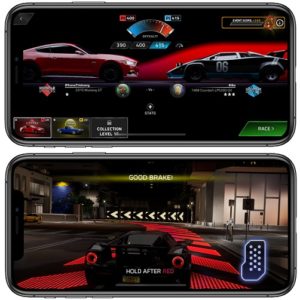 How to play Forza Street on iPhone.

A new franchise from the Microsoft Forza game series has just been released for iOS and Android users. The game is called Forza Street and can now be downloaded from the App Store and Play Store. The app is designed as free-to-play, but is monetized with pricey in-app purchases. However, if you hurry up you can grab a freebie. It’s called the Founders Pack and is awarded to all players that download the game on their smartphone or tablets until June 5, 2020. This will allow you to unlock the 2017 Ford GT and additional in-game gold and credits. Microsoft advertises this free pack as being valued at $5.

Forza Street promotes quick races that are played under one minute, especially tailored for mobile gameplay. The app has been developed by Microsoft’s Xbox Game Studios and has already soared to the 2nd spot in the App Store Racing category. It received over 2,600 ratings within 24 hours of its debut and its average score is 4.5 out of 5.0. 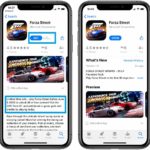 Important: This app is 1.9 GB in size. Before proceeding make sure that you have enough storage space available on your iOS device. Also, do connect to a Wi-Fi network if your mobile data plan has monthly usage plan and avoid additional data charges.
1. Use this official App Store download link.
2. Tap GET.
3. Confirm the download with Face ID, Touch ID or Apple ID password.
4. Wait until the software is downloaded and installed on your iOS device.
Fact: It may take a couple of minutes because of the game size.
5. Tap OPEN to start playing.

How To Play Forza Street on iOS 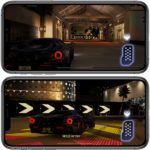 Enter the game and get ready for some legal street racing in Miami. Forza Street is all about reaction time. Focus to obtain perfect starts, boosts and corners:
– Go through the driving tutorial that’s available when you first boot up the game. In this game you only control the Gas pedal and the Boost button. Steering wheel is controlled by the AI.
– Learn when to break, when to accelerate and how to boost. As a general rule you floor the throttle on the straight lines and release it when you enter the yellow zone before a corner. Releasing the throttle acts like a breake. Press it again when the red zone finishes.
Fact: Each race you win brings new credits and rewards. 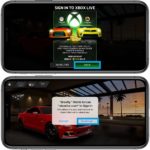 1. Release the throttle at the first yellow line to obtain a Perfect Breake.
2. Hold the gass pedal as soon as you clear the red zone for a perfect corner.
3. Boost right after the corner, never in the corner!
4. A perfect Start is achieved if you manage to keep the revs in the green zone when the countdown expires.
5. Sign in to Xbox Live to grab a 100 Gold bonus. If you don’t have an account already you can create one on the spot. This membership allows you to keep track of your game progress even when you switch devices. It also offers you the option to personalize your Name.
6. Increase your opponents cars PI to triple the amount of rewards that you receive in case of winning the race. A better car for your opponent means higher chances of you losing the race but also bigger rewards!

Do you intend to play Forza Street on your iPhone or iPad? Do you have any other tips and tricks? Let us know in the comment section available below and we will update this article!