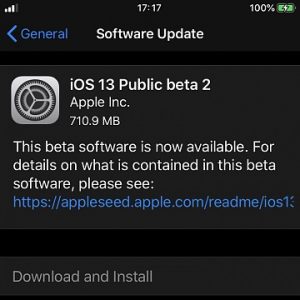 Apple has previewed iOS 13 during the WWDC 2019, earlier in June. It immediately seeded the Developer beta which allowed registered developers to download and install the 13th iOS generation on their test devices. Since then, the Cupertino-based tech giant has also rolled out a Public Beta version. This allows any iPhone user to download an iOS 13 test version on their devices and try out the upcoming major software update. In this article I will provide a step-by-step guide about how to install iOS 13 on your iPhone before the general release scheduled for this autumn.

Before we proceed, you have to be aware that the beta versions include glitches and Apple recommends you to install these test versions on secondary devices, to avoid unwanted complications. We strongly recommend you to perform a full encrypted iPhone backup via iTunes or iCloud. The iOS 13 Public beta 2 is already out, at the time of writing, which means that we’re already three test versions into the testing phase. The major bugs have been cleared out by now.

10 Steps To Install iOS 13 On Your iPhone
So, if you want to run iOS 13 on your iPhone before everyone else is able to in September, here is what you have to do: 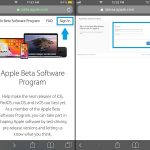 1. On your iPhone, open the Apple Beta Software Program website and Sign In with your Apple ID.
2. Tap on Enroll your iOS device to get the iOS 13 Public Beta Software.
3. Tap on Download profile and Allow the download of the configuration profile.
4. Open the Settings app and browse for General -> Profile.
5. Tap the iOS 13 & iPadOS 13 Beta Software Profile.
6. Select Install in the top-right corner of the screen and provide your iPhone Passcode to confirm the installation. Tap Install again to provide your consent. 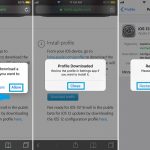 7. Select Restart to confirm the reboot of your iPhone. This will make sure that the changes to the Settings app will take effect.
8. After the restart open the Settings app again and browse for General -> Software Update.
9. Tap Download and Install to grab the most recent iOS 13 Public beta on your iPhone.
10. As with any other over-the-air update provide your Passcode and Agree with Apple’s terms to proceed with the update. Be patient until the new OS is downloaded and installed on your device. The iPhone will restart once the process is completed!

Important: The iOS 13 Public Beta is around 3,19 GB large. Make sure that you’re device is connected to a Wi-Fi network before proceeding with the download. According to Apple, your iPhone requires at least 3,76 GB of available storage during installation.

Fact: Starting with the 13th iOS generation, Apple has decided to split the iPhone and iPad. This means that iPad owners will have to install iPadOS 13 on their tablets. The procedure is identical. If you follow the steps described above, the iPadOS configuration profile will be automatically downloaded to your device, because the server will recognize that you’re browsing from an iPad and thus provide the appropriate profile for download!
iPadOS 13 is currently almost identical with iOS 13. The differences are made only by minor iPad-specific multitasking features.