How To Install watchOS 5 Beta On Your Apple Watch 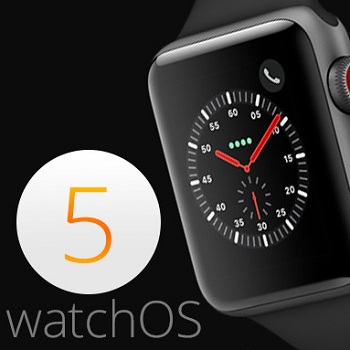 The 5th watchOS generation has started its beta testing phase. This means that developers and advanced users can download and install watchOS 5 on their Apple Watch models. If you’re among those that can’t wait until the official release, scheduled for the fall of 2018, you can find below an extended tutorial about how to update your smartwatch! However, before proceeding be aware that if you don’t like the test version you won’t be able to downgrade yourself back to watchOS 4.3!

Differently from iOS, tvOS and macOS the Apple Watch operating system doesn’t come with a public beta version. Officially, only registered Apple developers are entitled to test new watchOS versions. However, there is a workaround and everyone with a compatible Apple Watch can install watchOS 5. Talking about compatibility, the 5th watchOS generation is the first release that doesn’t support all Apple Watch models available on the market. Unfortunately the original Apple Watch units aren’t compatible with watchOS 5!

How To Update Apple Watch To watchOS 5
1. Paired iPhone Needs iOS 12
Before your Apple Watch comes into scene, you first have to make sure that the paired iPhone is running iOS 12 Beta. If you haven’t installed it already you can do so, by following our step-by-step guide!
Important: Downgrading to watchOS 4.3 can’t be done “at home”. You need to bring your Apple Watch to an offline Apple Store if you want to revert from watchOS 5 Beta. Be fully aware of this before proceeding! 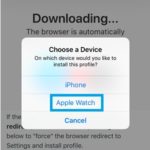 3. Install watchOS 5 Beta On Apple Watch
With the Configuration Profile installed the update to watchOS 5 is done over-the-air, similar to any other public software update.

Tip: Your smartwatch needs to be connected to a power outlet and have a battery percentage higher than 50!