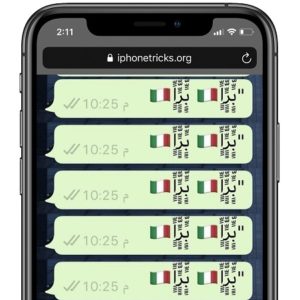 A new character message that crashes iPhones, iPads, iPods, Macs and Apple Watches has surfaced. A lethal character- combo of the Italian flag emoji and characters from the Sindhi language is able to brick the Mail, Messages and all other iOS apps that have to render texts. It seems that iOS 13 simply can’t render this array of characters, that cause an immediate respring of the app in question.

This crash message bug is kinda familiar. A little over two years ago, a similar problem surfaced as iOS wasn’t able to handle a certain characters from the Indian Telugu language. The crash message was intentionally sent by pranksters, hackers and people that did not understand the severity of the situation. Thousands of iPhones have been affected. The bug has forced Apple to rush the release iOS 11.2.6 and patch this vulnerability. 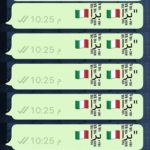 Important: The crash message presented in the nearby screenshot is harmless, because it’s under the form of an image. The problem surfaces when iOS has to render the actual text format with the nearby shown characters!
To be able to keep your iPhone safe from this new crash message you have to understand how the bug works and where it can be found. Reports on Reddit suggest that the iPhone crash message is currently circulating on Telegram and Twitter. The bug surfaces when an incoming-notification, with the problem-causing characters, is received on your iPhone, iPad, iPod, Mac or Apple Watch.

How To Avoid The Italian Flag Emoji Crash Message 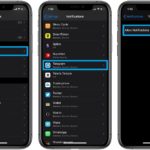 Until Apple releases a software fix, the only way you can stay safe is to stay away. Lock downs are popular nowadays, as we all experience the COVID-19 pandemic. If Telegram and Twitter aren’t too important for you, go ahead and disable their notifications. This will prevent the bug from causing any damage, even if someone “friendly” is sending the crash message to you.
How To: Open Settings and browse for Notifications. Scroll for Telegram and tap on it. Disable the notifications. Repeat the procedure with Twitter.

Fact: Apparently Apple is already working on a fix. Developers have reported that the upcoming iOS 13.4.5 software update has already a fix for this crash message included in the 2nd Beta. I won’t be surprised if Apple pushes this release earlier than previously planned!

Have you been affected by the Italian flag emoji bug? If that’s the case where did you pick it up from? What app was used and who send the doomed message to you? Share your experience in the comment section available below!
FYI: To avoid any problems all comments on this article are automatically hold for moderation. Please don’t attempt to publish the problematic message on the website. We will blacklist your IP.