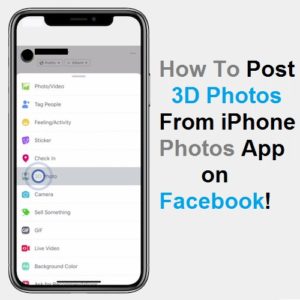 3D Photos is one of the hottest new features when it comes to Facebook posts! The popular social media platform has also enabled this feature for its iOS users. All that you need is a Portrait Mode compatible iPhone, because the Facebook app is able to use images captures with the depth effect and render them as 3D media. This means that all owners of an iPhone 7 Plus, 8 Plus, iPhone X, XS and XS Max are able to upload and post 3D photos on Facebook from the Camera app.

Because this feature is new, it might not be available worldwide. Nevertheless, there is a nice little trick that you can apply to activate the 3D Photos options on the Facebook app available on your iPhone. Of course, that first of all you need to make sure that you own a compatible device. Secondly, make sure that you updated the Facebook app to its most recent version. Next, follow the steps listed below and post your first 3D Photo!

How To Enable 3D Photo Facebook Feature For iPhone
Before you actually post a 3D Photo from your iOS device you have to make sure that the feature is available. So, after updating to the newest Facebook for iOS version follow these steps: 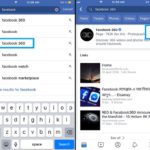 1. Open the Facebook app and tap on the “What’s on your mind?” message, displayed on the new post widget.
2. A menu with available posting options unveils from the bottom of the screen. If the 3D Photo feature isn’t listed, although you browse the app from a Portrait Mode compatible iPhone, proceed as follows.
3. Return to the Facebook home screen, on the Timeline tab, and tap on the Search option, available at the top of the screen.
4. Type “Facebook 360” and like the page in question.
5. Exit the Facebook app and use the iOS App Switcher to force close it.
6. Wait a few seconds and open the app freshly from the Home Screen. The 3D Photo option should now be available when you attempt to post something new. 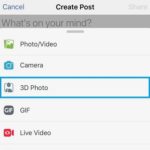 1. Open the Facebook app from the Home Screen and tap on “What’s on your mind?” message, displayed on the new post widget.
2. A menu with available posting options unveils from the bottom of the screen. Tap on 3D Photo!
3. Pick a picture from the Portrait Mode folder of the Photos app. Or snap a picture with depth effect on the spot!
4. Post it, enjoy the effect and start counting the likes and shares!
Tips: For ideal 3D Photos make sure that you’re around 1 meter away from the subject. Make sure that the frame contains other secondary objects to emphasize the three dimensional effect and that the other items vary in color to generate a better contrast.