How To Recalibrate The iPhone Battery 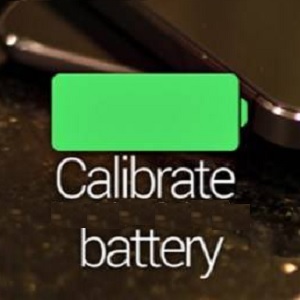 If your iPhone’s battery percentage indicator starts acting funny, it means that your device’s power source has lost its compass. This usually happens when the iOS device spends an increased amount of time in extreme temperatures. If you’re out in the cold and the iPhone is exposed to it, the battery might experience a sudden juice drain. Freezing temperatures can disable a 100% charged iPhone within only a few minutes. However, if you bring your smartphone back to normal operating temperatures, the device can be powered back on and function normally even for several hours with a battery percentage indicator as low as 20%.

That’s because the actual charge isn’t the one displayed in the right corner of your iPhone. Extreme temperatures mess the calibration of the battery and the smartphone ‘can’t’ properly identify anymore what the correct juice levels are. An iPhone battery can also be de-calibrated by not performing full charge-discharge charges every now an then. If you frequently perform partial charges the battery percentage compass can end up showing inaccurate figures.

How To Notice Battery Calibration Problems 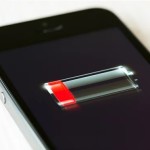 Well if your iPhone shows 30% battery levels and shuts down, you might easily assume that there is a battery calibration problem. In fact is the battery indicator displays remaining juice values above 5% before it dies, its most probably a problem of battery reading accuracy. During a de-calibration iPhones tend to display a 100% battery level for a prolonged time and then all of the sudden the figures plunge and the device shuts down before it reaches the normal melt down level of 1%.
Fact: Some might panic and consider that their battery is done and dusted. However, a tired battery still shows one digit juice levels when the phone dies. The difference is that the percentage decreases natural but faster during a shorter period of time.

How To Recalibrate iPhone Battery 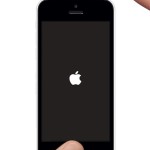 So, before bringing your iOS device to the Apple Genius Bar, try to recalibrate the battery and see if your power problems are caused by a loss of accuracy or it’s really the time to replace your iPhone’s battery.
Step 1: No matter what the battery level is, use your iPhone until it shuts down because of no power. It’s up to you if your enable/disable Low Power Mode.
Step 2: Plug your device in to a power source and load it without any interruption until it reaches the maximum 100% battery charge.
Fact: Make sure that you use and official Apple charger!
Step 3: Reset your device by simultaneously pressing and holding the Power and Home buttons. Hold them for a few seconds, even during the appearance of the iOS Shutdown screen.

Tip: Be patient until your smartphone restarts. The battery percentage should show maximum charge. Unplug it and you’re ready to go! You can also run a Geekbench test and check the current strength of your battery.