How To Restore Apple Watch From Backup 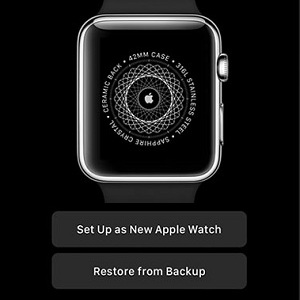 In case your forget your Apple Watch Passcode your only option to unlock the Watch OS device is to reset it. This means that all data from the wearable will be erased. However, you can recover it when pairing it back with the same iPhone. Your wrist gadget is configured to automatically backup all its data on the iOS companion. This way you have an insurance policy in case you lose access to your Watch.

Apple Watch is set to ask for your Passcode whenever you power it On and every time it detects that it’s not worn on your wrist. The Passcode feature has to be enabled, as well as the Wrist Detection function for this security layer to work, at maximum potential. Else, there’s nothing that can protect your data in case of theft! 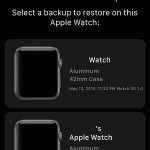 When the Watch OS device and iPhone are paired and connected, backups are performed automatically. Even if you decide to unpair the two gadgets, a backup is saved, before the two devices are split. If you choose to re-pair the same Apple Watch or a new one, you can decide to Restore from Backup and pick a copy available on your iPhone, or Set Up as New Apple Watch.
This feature also works in the extreme case that requires you to force reset the Apple Watch if a passcode loss occurs.

Apple Watch Passcode Tweak
If you forget your Passcode, don’t attempt to guess it more than 9 times, because you risk erasing all the Watch OS data, as well as the backups after the 10th failed attempt. To disable this setting, you have to switch off Erase Data, from the Apple Watch app on your iPhone. Open it and browse to My Watch -> Passcode -> Erase Data. Do note, that this opens up a vulnerability breach on your device in case someone steals it. Brute-force password attacks can be performed to gain access to your private data, stored on the wrist gadget.
Important: Restarting Apple Watch won’t erase the failed attempts count!

Fact: Apple Watch backups are also stored in your iCloud or iTunes account together with a general iPhone backup.