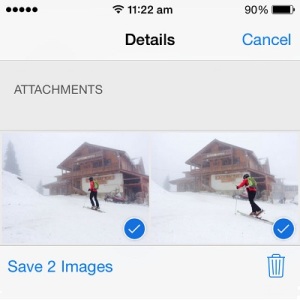 It often happens that you browse your iOS device and land on a photo that you wish to save on it, for later usage. In this article I’ll show you how simple it is to download your favorite images and have them available, within your Photos app.

No matter if you wish to save a picture and set it as a wallpaper, or grab it because you intend to edit it and make it your profile picture, or simply plan to share it with your contacts, it’s equally important to know how to do it.

The iPhone or iPad cameras don’t have to be the only media sources for your Photos app anymore. You can import pictures from Messages, Mail, Safari, Facebook, Twitter and the other social media sources.

How To Save Images From …
Further on, I’ll show you how to easily grab pictures from the above mentioned apps.
1. Messages 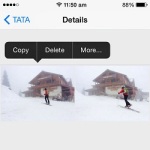 Save photos from iMessages and texts by opening the conversation in cause and taping Details, in the top right corner of your screen. Now tap & hold on one of the attachments until the command bubble pops up. Press More and the image in questions is selected. If there are more pictures, you can select them too and tap Save Images to grab them all. If there is only one particular photo that you wish to save and it’s recent, meaning that you don’t have to scroll too much to get it, grab it directly from the message thread, by taping & holding until the Save option appears. 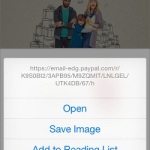 Saving a picture from your iOS Mail app hasn’t been easier. Simply access the email that contains the desired image. Tap and hold on it until the Save Image option appears. If you only wish to grab the image to attach it to another mail or message, you can use the Copy feature found in the same list. Open is also available if you wish to enlarge the picture and have a better look at it.

3. Safari: with the iPhone’s built-in web browser the trick is similar. When you find an image on a web page that you wish to download, tap & hold it until the options menu slides in, from the bottom part of your screen. In Safari you have two options: Save Image and Copy, which have the same grabbing functions as the mail app. 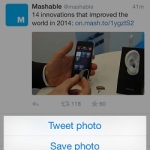 Is one of the most popular social media services. Along its trademark 140-character long tweets, it also supports images and videos. Whenever you see a must have photo on your timeline, you can download it with the same tap & hold gesture. You’ll be prompted with two options: Tweet or Save Photo. Pick the second one and the picture will be added to your iPhone’s Camera Roll.
If you repeat the gesture while hovering on a Twitter video, you’ll be able to Tweet Video. Saving it on your device is not possible yet. 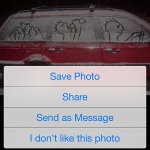 One of your most important sources of must have photos surly is the Facebook News Feed.
Do mind, that you have to first press on the desired image and open it, before you can perform the tap and hold tip and let the social media platform prompt you with four options: Save Photo, Share, Send as Message and I don’t like this photo.
Opposite to Twitter, Facebook videos don’t have any features assigned for the tap & hold gesture performed on mobile devices.