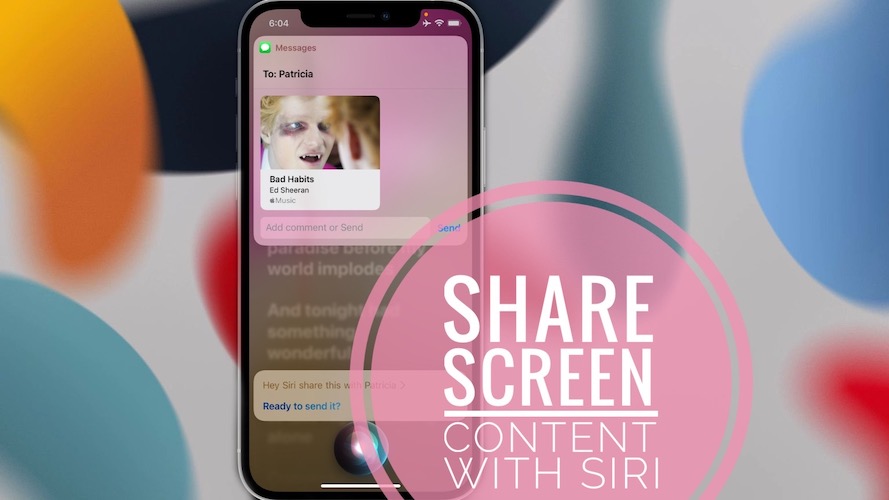 A less known iOS 15 feature allows you to easily share the content of your screen with a contact, using Siri! Apple’s virtual assistant gets a significant update in iOS 15. Alongside new specs like on-device processing and support for offline request, Siri also gains context awareness functionality.

This allows users to ask Siri to share the content of your screen with contacts. A link or screenshot is automatically attached to a new message using the stock Messages app. The feature integrates best with built-in iOS apps like Safari, Apple Music, Podcasts, News, Photos and more.

Siri generates a link to the website in question if you’re browsing Safari, or to the Apple Music track if you’re listening to a song. It then asks you to confirm that you want to "Send this weblink to [contact name]?"

Speak out: Yes to send it right away or tap on Add comment to add text to the message and fine tune it. Tap Send when ready.

Siri Shares A Screenshot Of Your Screen 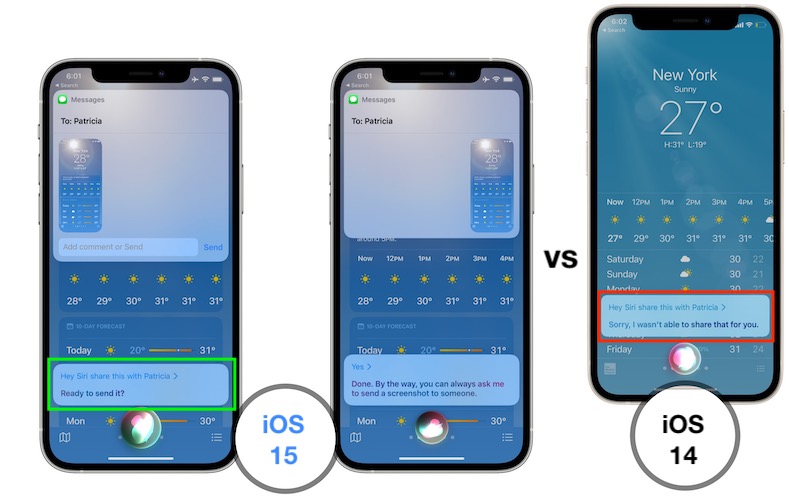 When it’s not able to hyperlink the content from the current app, it captures a screenshot and offers you the option to share the content of your screen via the traditional print-screen method!

Siri informs: "I can only send screenshots from here". It performs a screenshot adds it to a new message pop-up and asks for confirmation, "Send this photo to [contact name]?"

Tip: The first time you use the ‘share this’ command in iOS 15, and Siri sends a screenshot instead of a weblink it also informs you that you can now ask her to send screenshots:
"Done. By the way, you can always ask me to send screenshots to someone."

Fact: The share screen content with Siri feature is currently only working with stock iOS apps. However, we expect this to become available to third-party app developers too by the time iOS 15 is released to the general public this fall.

Related: Other iOS 15 features that you could find interesting are:
– How to visual look up photos for detailed info.
– How to change Memoji clothing and personalize your avatar.
– Drag and drop photos between apps on iPhone in iOS 15.