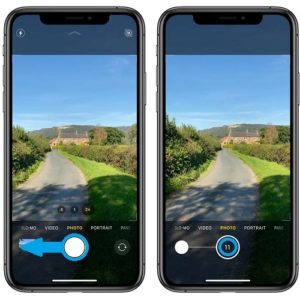 If you just upgraded to the iPhone 11 lineup you might have a hard time finding the Burst mode in the Camera app. That’s because you most likely stumbled upon the new QuickTake feature that acts as a hidden shortcut for recording a video while the Camera remains in Photo mode. This change has been implemented starting with the iPhone flagships released in the fall of 2019. All previous generations, the iPhone XS and older are missing QuickTake and continue to offer the Burst mode command when pressing and holding the shutter button in the Photo mode of the Camera app.

The legit question for all new iPhone users is if Burst mode is still available and where to find it? For those unfamiliar with the feature, the continuous shooting mode is recommended when the subject is in motion and you need to capture several photos in quick succession, to be sure that you get the perfect frame. Burst mode photos can be later reviewed in the Photos app and the most spectacular frame can be selected. To answer the question, yes Burst mode is still available to iPhone 11, 11 Pro and 11 Pro max owners. Read on and find out how to use it!

How To Burst Mode In iPhone 11 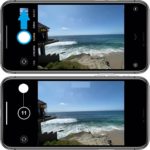 1. Open the Camera app.
2. Bring up the Photo mode.
3. Portrait orientation: Swipe-left on the shutter button and hold your finger on the screen.
Landscape orientation: Perform the a similar gesture, but swipe-up instead.
Fact: The number of real-time quick successions photos captured is displayed and continually updating in the shutter button.
4. Release the hold to stop the sequence.
Tip: Be quick when you tap the shutter button and swipe to the left. If you hesitate before sliding the Camera app will activate the QuickTake feature and start recording a video instead of capturing photos in Burst mode.

Fact: As mentioned above, to quickly record a video while in Photo mode just press & hold the shutter button for as long as you want to film. There’s also the option to swipe-right, if you are in Portrait view (swipe-down for Landscape orientation) and lock the iPhone Camera in the record mode to continue capturing even after you release the finger from the screen. This is useful if the recorded action lasts longer than expected.

How To Find The Perfect Frame 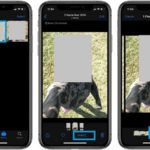 Burst mode sequels are saved in the Photos app. They have a special folder called Bursts in the Albums view. Find your burst there or in the Recents album.
1. Navigate towards the desired burst photo.
2. Tap Select…, available at the bottom of the screen.
3. Browse the available frames and tap the one that you like to select it.
4. Hit Done.
5. Choose if you want to keep only the frame in question or “Keep Everything” to continue storing the entire burst.

Did you know how to use the hidden Burst mode in your iPhone 11? Let us know in the comments section available below!

Related: Do you know how to record a slofie using one of the smartphones from the iPhone 11 lineup?