How To Solve The Discontinued iPhone Wi-Fi Connection Problem

iPhone Wi-Fi On and Off.

We’ve received numerous reports from iPhone users claiming that they encounter annoying problems with the Wi-Fi performance of their iOS devices. It’s not the lack of speed but the absence of consistency. More exactly the Wi-Fi connection acts erratic, it isn’t stable and gets idle all of a sudden, even if the device remains in the same position and has maximum Wi-Fi signal. This can prove to be really annoying especially when the iPhone is your main device for browsing the web. Recently, we started to experience the same issue and I performed a little investigation on this matter.

The immediate fix is to reboot the Wi-Fi connection by disabling it and immediately enabling it back. The trick is rapidly achieved via the Control Center. However, this is only a temporary solution that doesn’t solve the cause of the issue. It seems that there isn’t one fix that solves the issue for all iPhones, because there are more factors that can cause and idle connection between your iOS device and the Wi-Fi hotspot. However, there are a few things that you can do in order to improve the situation and even get rid of the problem completely

Discontinued Wi-Fi Connection Causes
To be able to fix the issue you need to tackle the cause. There are two big areas: Wi-Fi hotspot setup and iPhone configuration.
A. Wi-Fi Hotspots 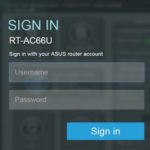 If you encounter Wi-Fi connection problems on your iPhone while at home or work, you might wanna troubleshot your hotspot first. It has its own operating system that should be updated from time to time. Check the model of your router and use your iPhone or computer to configure it. For example if you’re owning Asus hardware you have to access the local host url: http://192.168.1.1 to enter the device’s configuration panel. Use your admin log-in details to enter the menu. If you never configured your router before there are high chances that the account credentials are the default ones (Username: admin, Password: admin). This is highly not recommended because anyone within the Wi-Fi range can hack your router’s settings. Log-in and change Password first. 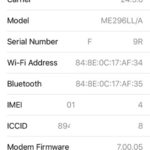 If the Wi-Fi hotspot isn’t the cause of your connectivity problems the only one left to blame is your iOS device. There are several causes that can lead to a poor Wi-Fi experience. I will exclude here lack of signal (caused by long distance), because we’re tackling an issue that causes the iPhone to lose Wi-Fi data transfer when the device remains in the same position and has maximum signal. The most plausible one is a bug in the current iOS version that you’re running. If you’re running a beta test version that could be a factor, or if your firmware is outdated.

5 Tips To Solve iPhone Wi-Fi Connectivity Issues
1. Wi-Fi Hotspot Reboot
The simplest thing that you can do is reboot your hotspot. If you have physical access to it press the ON/OFF button twice to restart your Wi-Fi source.
2. Router Software Update
As mentioned above, if available, log-in as admin and load your router’s configuration page. Check for a Software Update. If there is new firmware available, install it right away and reboot the hotspot.
3. iPhone Renew Wi-Fi Lease 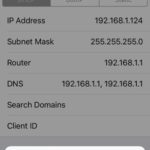 If the Wi-Fi connection still acts strange after performing the fixes described at the first two points it means that the issue lies with your iPhone. You can double check that if you have a second iOS device iPhone or iPad in the same range. If all devices experience the same instability issue and you updated the router, it means that there is a general iOS problem. You can open Settings -> Wi-Fi. Now tap on the “i” icon next to the name of the network that you are currently connected to. Scroll down and hit Renew Lease. Confirm your selection and that’s it. Wi-Fi connectivity will resume at normal parameters. However, it can happen for it to get discontinued again. 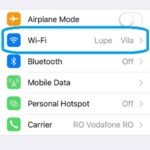 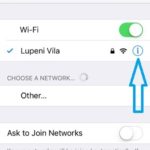 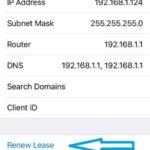 4. iPhone Reboot
You can also try to restart your iOS device. If you’re running a Beta Test version there are high chances that a process might have malfunctioned and is triggering a Wi-Fi bug. Press and hold the Sleep/Wake button until the “slide to power off” option appears. Perform the gesture and allow your iPhone to shutdown. Press and hold the same button again to start your device. You can also choose to force clear the iPhone’s memory and see if it solves your issue. 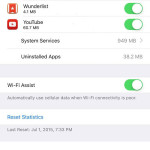 5. iPhone Software Update
Last but not least, your current iOS software might come with a bug that is causing your Wi-Fi connection to act strange. If you’re on a beta test version, return to the latest official seed. If wireless Internet instability occurs when your iPhone runs and official version you can only wait for a new roll-out that fixes this bug.

Fact: Do make sure that distance isn’t a factor. In case your Wi-Fi signal is too low, the iOS Wi-Fi assist feature might kick in and slow your iPhone down if your Mobile Data plan doesn’t have enough cellular data signal too.