How To Temporary Disable Face ID On iPhone X 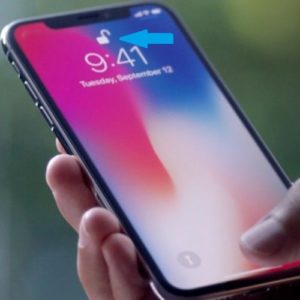 Ever since Face ID was officially announced as the biometric unlocking feature for the iPhone X, controversy and discussions about its benefits/disadvantages ratio when compared to the Touch ID authentication method have been debated. One of the concerns, besides the missed unlock attempt during the September 12 keynote, was raised by a potential security flaw that would allow thieves to point the iOS 11 device towards your face and run with your unlocked iPhone.

Fortunately, Apple has thought about this possibility and provides us the option to temporary disable the facial recognition system with the help of a simple gesture shortcut. Press buttons on both sides of the iPhone X device simultaneously and Face ID will be deactivated. The iPhone X will unlock only with a Passcode, preventing burglars from force unlocking your device. More, you also have the option to stare away and prevent the 10th anniversary iPhone from unlocking.

Fact: According to Apple, the iPhone X can recognize when your eyes are closed and won’t unlock until you look at it. Interestingly, your face can be detected even if you wear glasses as long as the lens passes enough infrared light. to allow the iPhone X to distinguish the user’s face. It comes with an accuracy of 1 : 100,000. 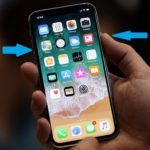 How To Disable Face ID
To protect your device from media theft, you can choose to deactivate the facial recognition feature for unlocking the device. There are two ways to do it:
1. Simultaneously press the Side button and one of the Volume buttons whenever you wish to temporary disable your iPhone X’s screen.
2. Use this Emergency SOS trick that used to briefly disable Touch ID, to prevent robbers from getting unauthorized access to your iOS data.

Face ID Hardware & Software
The notch that splits the status bar in two ears hosts all the required hardware for the iPhone X to function. It includes and infrared camera, a flood illuminator, a dot projector and the 7 MP front selfie camera. iOS 11 knows how to use the info provided by the Face ID hardware and creates a 3D map of your face, which is compared to the stored watch face. All this with the help of the new A11 Bionic neural engine.

Fact: In the early iOS 11 stages a single face is accepted and store for Face ID authentication. This means that you won’t be able to share your phone with family and friends, unless you’re willing to provide them your Passcode!