How To Undo Report Junk On iPhone In iOS 16 (Turn Off?) 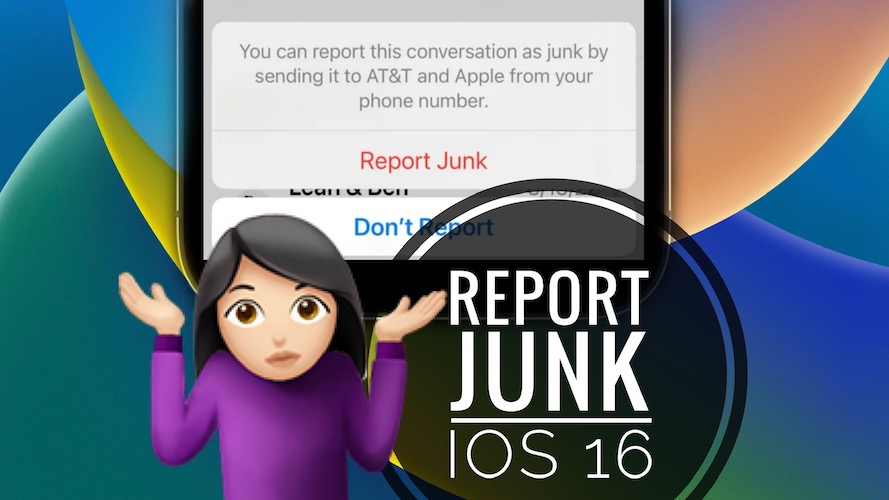 Are you looking for a way to undo Report Junk on iPhone? The new iOS 16 spam report setting is misleading and causing you to accidentally flag as spam a lot of texts, in the stock Messages app? Here is what you can do about it.

This shortcoming has been reported by janelle_iphone:

“Am I the only one reporting messages as junk accidentally? I feel the new feature is misleading. Is there a way to undo these reports?”

We’ve found other users complaining about accidental spam reports in Messages on Reddit:
1:

“I’ve accidentally reported messages as junk when deleting them”

“What happens if I accidentally reported several messages as junk?”

“Can’t tell you how many times I’ve accidentally tapped report junk that after deleting.”

Indeed, it’s easy to accidentally report messages as junk in iOS 16, because after you select to delete a message you’re automatically prompted with the spam report option and Report Junk is listed as primary at the top of the list!

How To Turn Off Reported Junk In Messages?

Unfortunately, iOS 16 doesn’t have an option in Settings that allows you to disable this feature.

We recommend you to use the tips provided below to prevent accidental junk reports.

How To Undo Report Junk On iPhone?

Sadly, this isn’t possible either in these early versions of iOS 16.

However, the good news is that you will continue to receive messages from the phone number that you’ve accidentally reported as spam. However, if you report the same number several times you might accidentally block it.

Tip: Open Settings -> Messages -> Blocked Contacts and check if the number that you’ve accidentally reported as junk is listed there. If it is swipe-left and unblock it!

How To Prevent Accidental Junk Reports In Messages?

Fact: Report Junk card is only displayed when you delete a message or an entire thread of a phone number that’s not listed as a contact! 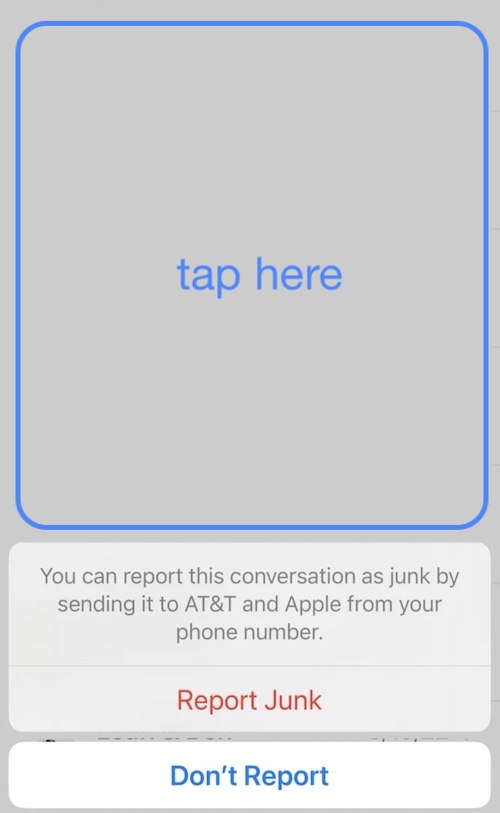 At the moment, the easiest way to avoid accidental spam reports is by ignoring the Report Junk / Don’t Report card.

Tip: When you’re prompted with it just tap above the inputs, in the grey area and you will dismiss it without further action. 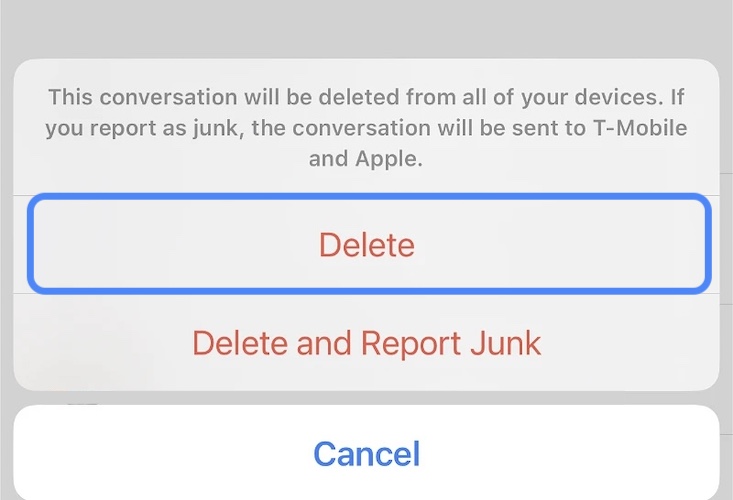 Apple has acknowledged that the current user interface can lead to accidental spam reports and has tweaked the interaction in iOS 16.1. This new version is currently beta tested and expected to be released by the end of October.

iOS 16.1 report junk prompt will come with the following options: Delete, Delete and Report Junk, Cancel. Report Junk is no longer the primary go to action!

This will most likely stop accidental reports! What do you think?

Report Junk Not Showing In Messages?

This option is not available on your iPhone running iOS 16 or later?

That’s because, at the time of writing, the feature is only available in the United States if you use Verizon, AT&T, or T-Mobile as carriers!

Have you managed to get used to the new iOS 16 report junk feature? Do you have a better solution or other problems to report? Share your feedback in the comments!

2 Responses to How To Undo Report Junk On iPhone In iOS 16 (Turn Off?)