How To Update iOS 12 Beta On Your iPhone, iPad Or iPod Touch 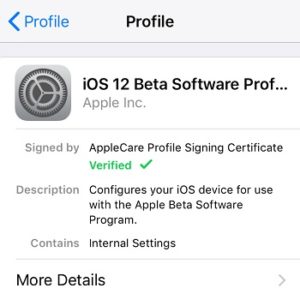 As expected Apple has introduced the 12th iOS generation to the world during the 2018 WorldWide Developer Conference. iOS 12 is already available for download for those of you that can’t wait anymore to get their hands on the most advanced mobile operating system developed by the Cupertino-based tech giant. As usual the upcoming iOS version has started the beta testing phase, which will last around 3 months, until the official launch expected in September.

For now, iOS 12 is only available for registered Apple developers, which also includes a $100 yearly fee. However, if you aren’t coding iOS apps, you can still download and test iOS 12 by using the tricks provided in the step-by-step tutorial listed below. Before starting though, please be aware that early betas come with bugs which might slow your device down and deplete it’s battery faster than usual!

3 Steps To Download & Install iOS 12 On iPhone, iPad & iPod Touch
Important: Please make sure that you perform a full backup of your device before starting! Also check that your iPhone is compatible with iOS 12! 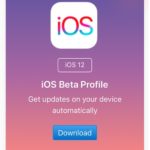 1. Install the iOS 12 Beta Profile on your device! 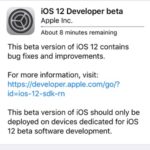 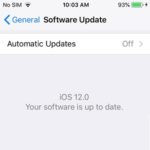 Fact: If iOs 12 doesn’t suit you, or when you have enough from testing it you can downgrade to the most recent iOS 11 version available, by following these steps!