How To Upgrade To iOS 11 From iOS 11 Golden Master 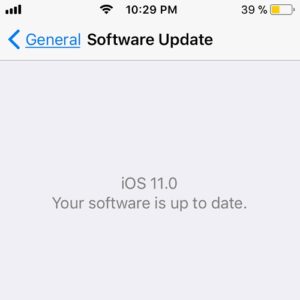 It’s finally happening! As announced, during the iPhone X keynote, Apple has seeded iOS 11 to the general public, one week after the Golden Master version was released to Developers and Public Beta testers. If you have been curious to check out the new features of the 11th iOS generation and have jumped aboard before the public release, your iPhone and iPad is most likely running the iOS 11 GM at the moment.

However, you might wanna stop testing iOS for now and return to the public Software Update cycles. So, how do you switch from iOS 11 GM to iOS 11? First of all let me inform you that technical both versions are one and the same. They have the same build number (15A372), thus can be considered identical. Nevertheless, if you continue to stay on the iOS 11 GM, you’ll soon receive a Software Update for the first beta of iOS 11.1! 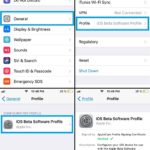 If you don’t want to receive updates for upcoming iOS 11 test versions you will have to move from the Golden Master version to the newly released iOS 11. This is done by fulfilling the steps described below:
1. Open the Settings app from the Home Screen and browse for General -> Profile.
2. Tap on iOS Beta Software Profile.
3. Select the Remove Profile option and provide your Passcode to confirm.
4. Be patient until your iOS device reboots.

Info: That’s it! From now on, you’re back on the regular iOS Software Update run that’s used by the majority of iPhone and iPad owners. You will receive only public iOS update.

Fact: The same effect is obtain for your Apple Watch’s OS. If you delete the iOS 11 Beta Profile, watchOS 4 will receive only public software updates!