How To Use Apple Pay And Ditch Your Wallet 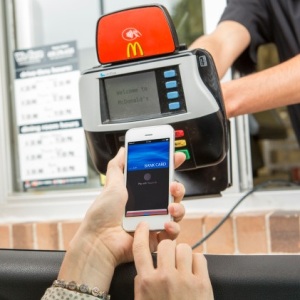 Although announced in September together with the latest flagships iPhone 6 and iPhone 6 Plus, Apple Pay has become available yesterday. It was introduced together with the iOS 8.1 release. For the moment only users from the United States can use their iOS devices to pay at contactless terminals. You also need to know that the payment is done via near-field communication (NFC) technology. This means that only the iPhone 6 and iPhone 6 Plus qualify for Apple Pay at the moment. The latest iPad released, the Air 2 doesn’t come with a NFC chip. However, the iWatch scheduled to become available in January, will be the 3rd Apple product, able to handle contactless payments.

Apple Pay Security
Before showing you how to configure and use this revolutionary feature, we need to talk about security. Apple Pay seems to be the most secure payment option available. When you add a card an unique Device Account Number is associated with it and stored only on your iOS device, in an encrypted fashion. This means that neither Apple or anyone else will be able to store or share your credit or debit card details. With this being said you have to also consider the advantage that your card remains always in your wallet during contactless payment. This means that no one around, not even the cashier can take a glimpse of your card, find out your name or other details. What do you say about this enhanced type of privacy? Most recent transactions are also stored on your iPhone only, for your information and not on Apple servers. This means that no payment records will be stored by anyone, but your bank.

How To Configure Apple Pay
Passbook is the new wallet for your credit or debit card. Simply open the app and scan your card, using the iSight camera. Fix it within the frame displayed on your iPhone’s screen and let iOS store your card information. You can also enter card details manually if you like things to be done the old fashioned way. Passbook is found in Settings. Tap on ‘Passbook & Apple Pay’, and next hit ‘Add Credit or Debit Card’. Or, open Apple Pay and scroll for the ‘+’ icon. 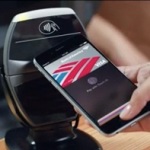 How To Use Apple Pay
Using this revolutionary payment option is child’s play. Whether you opt to pay ‘In Apps’ or in ‘Physical Stores’ using Apple Play you only need to validate the transaction with the help of the TouchID fingerprint reader. In stores you need to place your iPhone 6, 6 Plus or iWatch in the vicinity of a contacless reader and validate the payment when it appears on your screen. In apps simply tap and confirm that you would like to complete the transaction and you’ll be prompted to provide your fingerprint.

Apple Pay Banks & Cards
The Cupertino based company has agreements with all major credit cards including Visa, MasterCard and American Express. There are currently 6 banks participating. The list includes: American Express, Bank of America, Capital One, Chase, Citibank and Wells Fargo. Later this year the Apple Pay list will be joined by: Barclaycard, Navy Federal Credit Union, PNC, USAA and U.S. Bank. It’s expected that Apple Pay will become available outside the US, in 2015.

Apple Pay Stores
You can pay with your iPhone 6 and iPhone 6 Plus in US stores that are accepting contactless payments. You have to look for the symbol available nearby to spot a contactless reader at your local cashier. According to Apple there are 220,000 stores accepting wireless payments at the moment and this number will constantly increase in the near future. Some of the most important brands already accepting Apple Pay are: Chevron, McDonald’s, Subway, Tacco, Foot Locker and many more.

Apple Pay Tips & Tricks
– You don’t have to open Passbook when performing a transaction. You don’t even need to unlock your iPhone. Simply bring it near the contactless reader and wait a second for your iOS device to come alive. Provide fingerprint when prompted and everything works as a charm.
– If you have multiple credit or debit cards added to your Passbook, you have the option to pick which one you would like to use when prompted to validate the transaction. If you don’t change anything (i.e. swipe down to select another card) and simply provide the fingerprint, the default card will be used. You can set your default card using Settings.
– If you encounter problems with TouchID don’t despair. Your iPhone will automatically switch and ask for Passcode after a few failed TouchID readings.
– In case you use a debit card don’t be surprised if Apple Pay still requires you to type the PIN after providing the fingerprint. It seems that debit cards need extra PIN validation. If this annoys you switch for a credit card.