How To Use The Apple Watch Dock Feature 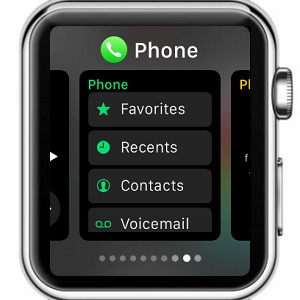 One of the most important changes brought by watchOS 3 is the Dock, which is a new app management system for those apps that you want to keep running in the background of your Apple Watch. It provides added functionality to the wearable’s Side button, allowing users to immediately access favorite and recently used apps. Apple developers have replaced the Glances system available in watchOS 2 and earlier with the Dock.

What happened with the Friends carousel you might ask? That’s rightly so, because it was accessible via an identical Side button press. Well, it’s gone too. Users don’t use the Apple Watch for dialing new calls that often. This fact and the second Apple Watch button look obsolete. However, with the Dock feature, the Side button is much more useful.

How To Open Apple Watch Dock
As indicated above the Dock is accessible anytime the wearable’s display is awake. So, raise your wrist or tap the screen to light it up. Next, press the Side button once and the Dock pops out. It works the same even if you are within an app, engaged in a call or watching a video.
Turn the Digital Crown or slide left or right to browse the Dock’s cards. Each app running in the background and saved in the Dock has its own card. You can add/delete cards and configure the Dock as you like.

Insert/Remove Apps From Dock
Apps can be included or excluded from this iOS App Switcher-like tool, directly from the Watch or via the Apple Watch app available on the paired iPhone:
1. From Apple Watch
Raise your wrist and tap the Side button. Navigate to the card that you want to remove and swipe up. The Remove option is unveiled. Hit it and the app in question is erased from your Dock. To include an app in this watchOS 3 background management system, press the Side button while you are browsing the app. The Dock opens up and the Keep in Dock option is displayed. Tap it and a new card is created! 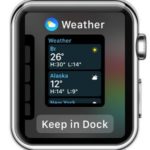 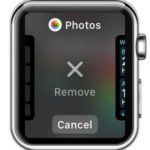 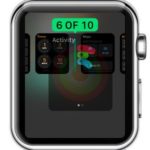 Tip: To save even more time when browsing your Watch, you can tweak the order in which cards are arranged in the Dock. This allows you to bring apps that you use more often in the middle of the array to have them in your immediate reach. Changing the Dock’s cards order from the Apple Watch is achieved by pressing, holding and dragging a card towards a higher or lower position! Release when you reach the desired position. 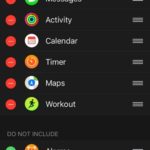 2. From iPhone
Open the Apple Watch app on the paired iOS device and select the My Watch view. Now, tap on Dock and you see the list with apps included and those that could also be added. To tweak the list tap Edit in the top right corner of the screen. Hit the Red Minus icon available next to a card’s name to remove it, or the Green Plus to add the card to the Dock. You can also tweak the order by pressing & holding the action button available on the right side of the screen. Tap Done (top-right corner) when finished, to save your changes.

Fact: At the time of writing watchOS 3 Dock can host a maximum of 10 cards + one more which represents the most Recent app that you’ve used. However, this limit might be increased in the near future. Stay tuned for updates!