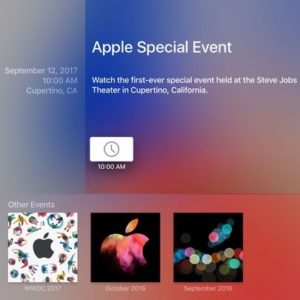 We’re less than 24 hours away from one of the most expected keynotes in Apple’s history. A fully revamped 10th anniversary iPhone will be unveiled, on September 12, at 10am Pacific time, at the Steve Jobs Theater. Recent iOS 11 GM leak labels the fully revamped, edge-to-edge OLED smartphone, with facial recognition and wireless charging as iPhone X, while the traditional LCD iterations, are named iPhone 8 and iPhone 8 Plus.

The Apple Watch Series 3 as well as a 5th generation Apple TV with 4k video streaming functionality. As usual, the event can be streamed live from Apple’s official website by anyone who owns a Mac or a PC with a Safari or Microsoft Edge web browser. Of course that the live feed will be available on your iPhone, iPad and iPpd Touch as long as you browse via the built-in Safari app. 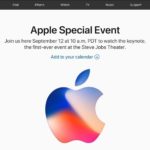 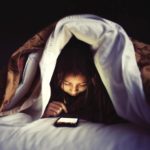 Apple September 12 Special Event Start Time
To watch the iPhone X keynote live online you have to precisely know when it starts. Above I mentioned 10am Pacific Time. But how does this translate to various time zones from around the globe?