How To Watch The U.S. Presidential Debate Live On iPhone And iPad 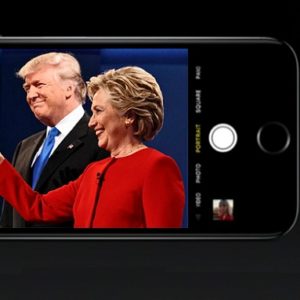 Although this might sound a little bit off topic one of the biggest events of this fall, in the United States, are the presidential elections. Watch the traditional debates between the democrat party candidate Hillary Clinton, and its republican counterpart, Donald Trump, live online using your iPhone and iPad. To be able to follow the three debates live you need to find a working live stream and obviously play it.

I’ve researched the web for you and included a few live feed sources for the Clinton vs Trump showdown. Before you start watching please be aware that watching live streams on iPhone requires a stable Internet connection and a generous Mobile Data plan. If you’re on limited carrier connectivity make sure that you’re connected to a Wi-Fi hotspot in order to avoid additional charges.

Third U.S. Presidential Debate Live Streams
Update: The third and final debate is available live online today, October 19 at 9pm EST, 6pm PST.
The feeds shared below are free of charge. Simply tap the link or the embedded live feed window to start streaming. Thank you for watching the debate live online with us!

Tonight: the final US presidential #debate is streaming LIVE on Twitter. Watch here at 8:30pm ET.https://t.co/l2fPw8j3O6

Fact: This website doesn’t cover politics or support one of the two presidential candidates. We’re only want to spread the word and help people inform themselves with the help of their iOS devices!

Hillary Clinton vs Donal Trump Debate 3
Thank you for watching!