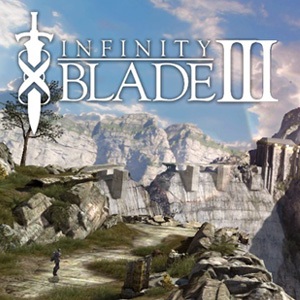 Epic Games has just launched an appealing Black Friday sale that sees the Infinity Blade trilogy discounted to $0.99 for each of the three available games. This is a huge price cut considering that the original version usually retails for $4.99 and Infinity Blade II and III games are priced at $6.99 each. So, if you want to grab these App Store exclusive sword fighting action games, now it’s the time to act!

This trilogy is an App Store classic. It premiered on December 9, 2010, that’s almost 7 years ago, but constant updates have kept the game up to date with modern technology. You can opt for a single part and in this case I suggest you to go for Infinity Blade III, or grab them all if you’re new to this franchise and save over $15. The games are playable on iPhone, iPad and iPod touch as long the device runs iOS 6.0 or later.

Info: Be aware that these are large iOS apps. Make sure that you have enough storage to accommodate them on your iPhone, iPad or iPod touch. Infinity Blade I is almost 1 GB large, while the second iteration is takes 1.35 GB and the conclusion is 3.01 GB big!