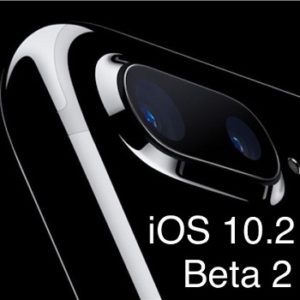 One week after the spectacular iOS 10.2 Beta 1 release, that took many of us by surprise by the amount of features that have been included, Apple has seeded Beta 2 and continues to add changes. Last week we’ve shown you 13 improvements the the OS of your iPhone and iPad. During the weekend we also discovered the swipe-down for Notification Center change and now its time to share three more changes coming with the release of Beta 2.

Numerous Apple fans have complained about the fact that iOS dims wallpaper images. More exactly that photos that are set as background lose their vibrant tones, because of a gray layer that is automatically filtered on top of them. It seems that the Cupertino-based developers have found out about this request and removed wallpaper dimming. Now, we have to see if this is a final decision and be implemented in the iOS 10.2 public release or not. One other improvement is the quality of the Live Photos, while the Sender Name addition in Messages Quick Replies should be seen as a fix and not a new feature. 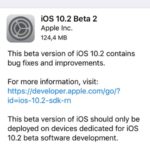 Download iOS 10.2 Beta 2
This 2nd test version is still a Developer oriented firmware. Which means that you need an Apple Developer account in order to be able to download the Beta Profile and enable over-the-air updates for these test versions. In case you already own Beta 1, switching for the 2nd iteration is really easy. Open Settings -> General -> Software Update and tap Download & Install as soon as the new firmware is found.
Fact: If you’re not a Developer and don’t want to pay the yearly fee just for the sake of downloading betas you can learn here how to download the Beta Profile free of charge and install iOS 10.2 Beta 2.

iOS 10.2 Beta 2 New Features
The 13 improvements from Beta 1 have been preserved and on top of that we discovered:
– Focus for Live Photos has been improved an the moving images are captured at a higher quality.
– Removal of Wallpaper dimming
– Addition of Sender Name in the Quick Reply unfolding menu.
– Emergency SOS dial gesture shortcut.
– New built-in app called TV introduced by Apple as an upgrade to the Video app. It’s also available on your Apple TV.