Posted in Reviews by Tyrone on November 9, 2016 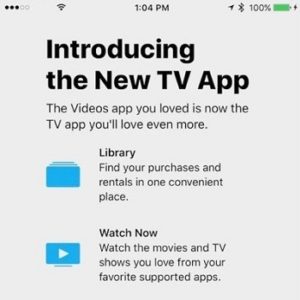 Starting with iOS 10.2 the stock Videos app will be revamped and re-branded as the TV app. Apple has announced this change for December 2016, but we are already testing out the new software that was included in the iOS 10.2 Beta 2 release. This new built-in app plays the role of a virtual TV guide on your iPhone. Apple wants to provide easier access to new content and your favorite TV shows.

The TV app will be available both on your iOS devices as well as on the Apple TV environment. This will allow easy syncing of your TV watching habits. Siri integration is also available of course and features like Live Tune-In will help you to start watching live channels by issuing voice commands like “Watch Disney Channel live”, while Single Sign-On simplifies the authentication process for the channels provided by your network-TV apps. 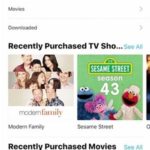 The current TV app interface provided in the iOS 10.2 Beta versions includes 4 tabs: Library, Watch Now, Store and Search.
Library comes with three categories: TV Shows, Movies and Downloaded. It also includes the sections Recently Purchases TV Shows and Recently Purchased Movies.
The Watch Now section collects all movies and TV shows that an user has installed via iTunes or other Television apps on an Apple TV or other owned iOS device.
The Store allows users to purchase media content from iTunes and other sources such as HBO Go. In the Store tab you can also sign-in with your TV provider log-in credentials and find content via your home cable subscription.
The Search function allows you to quickly find the desired media.

Fact: We’ll update this article as soon as Apple provides further test versions. Thank you for your patience.