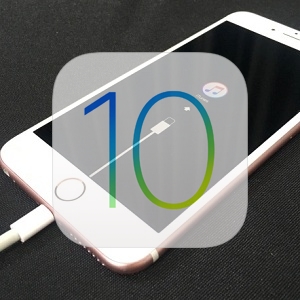 As promised Apple has released iOS 10 on September 13! However, compared to passed roll outs, the 10th iPhone OS generation didn’t hit the stage as planned and caused quite a stir, because of problems with the Over-the-Air update feature. OTA is the most popular way for updating an iPhone or iPad to the latest iOS. It’s done from within the Settings app, via the Software Update feature. The smart device finds the newest firmware downloads it using Wi-Fi or the carrier’s Internet connection (over the air), and installs the package.

Numerous users including myself have ended up with bricked iPhones because of a bug that prevented the device from properly updating. It’s most probably an issue with the firmware package downloaded when updating over-the air. In the mean time, Apple has acknowledged the issue and also claims to have fixed it. However, to stay safe, please perform a full iPhone backup before upgrading to iOS 10!

If you don’t wanna risk anything you can opt for the safe way and update to the latest iOS version with the help of iTunes!
Important: Make sure that you have the latest version of iTunes installed on your computer. Else, you’ll end up with iOS 9.3.5 installed on your iPhone!
Step 1: Connect your iPhone to the computer that runs iTunes, with the help of the lightning cable!
Step 2: Trust the computer, by hitting Trust on the prompt displayed on your smartphone. Click Continue on the computer to allow iTunes to access your device.
Step 3: If this is the first time when you connect your iPhone to this computer you have to go through a few standard configuration steps. Choose Set up as new iPhone, and iTunes will automatically start to backup your device. 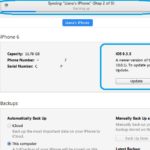 Step 4: On the iPhone’s page you’re informed about the current version running on the device and that iOS 10.0.1 is available for download. Click on Update to grab the latest OS version for your device.
Step 5: Review the full update log that is also available in the video provided at the end of this article. Agree with Apple’s terms and the iOS 10 download begins.
Step 6: Allow iTunes and your iPhone to work this out. The update package is first downloaded and after that, installed. The iOS device will automatically reboot when the process finishes.
Step 7: Go through the traditional iPhone configuration steps and start enjoying iOS 10.

iOS 10 Full Update Log
Take a look at everything that’s new in the 10th iOS generation. Watch the following video and read the full update log. An extended list with updates and changes to Messages, Siri, Maps, Photos, Home, Apple Music, Apple News, Experience, QuickType, Phone, Other Improvements and Accessibility is available below!
According to Apple “iOS 10 is the biggest iOS release ever”:

A massive update to Messages brings the power of App Store to your conversations and makes messaging more personal than ever. Find your route with beautiful redesigned Maps. Relieve memories like never before in Photos. Use the power of Siri in more apps than ever. A new Home app to make controlling your home even easier. And all new Music and News.