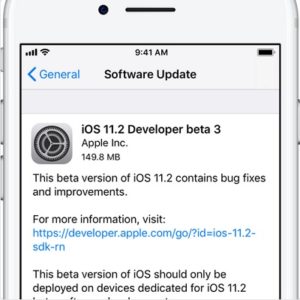 As expected, Apple has just seeded the third beta of the iOS 11.2 testing phase. The new test firmware is available for both Developers and Public Beta tester over-the-air. As long as you have the iOS Beta Configuration Profile installed on your device, you will receive the update in the Settings app. Browse for General -> Software Update and you’ll see the new iOS 11.2 Beta 3 firmware. The upgrade is around 150 MB large and is advertised as bringing bug fixes and performance improvements.

iOS 11.2 Beta 3 has build number 15C5107a for the Developer version and 15K5099a for the Public test edition. It lands exactly one week after the 2nd beta and two weeks since the release of iOS 11.1, which was also corrected to iOS 11.1.1 last week! iOS 11.2 brings a series of changes and bug fixes to Apple’s 11th iOS generation, including the much expected Apple Pay Cash feature and AirPlay 2 support. You can check all noticeable changes here! 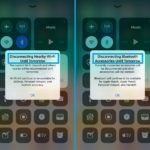 What’s New In iOS 11.2 Beta 3
The firmware is very fresh and I got only a couple of minutes of testing before writing this article. However, I managed to notice a new pop-up that informs iPhone and iPad users about the new behavior of the Wi-Fi and Bluetooth toggles which aren’t On/Off switches anymore but rather temporary disconnects the iOS device from the ongoing network connections. Do read an extended explanation about this characteristic in how to manage Wi-Fi and Bluetooth connectivity in iOS 11.

Tip: Tap here to learn everything that’s new in iOS 11.2!