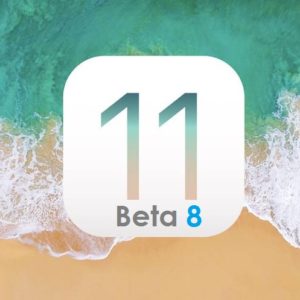 Apple has just seeded the 8th Developer beta of iOS 11, less than 2 weeks before the expected official release of its famous mobile operating system. The Public Beta 7, and identical version of Dev Beta 8 is also available for download over-the-air, for those that own an earlier test version or from Apple’s Beta Program platform, for new comers. This could be the last update before the GM (Golden Master) version which will become the official iOS 11 built.

iOS 11 has started testing after the WWDC 2017 keynote and is now, 2 months later, almost ready for the public release, expected for September 12. Beta 8 focuses mainly on bug fixes. It’s a small size update, between 50 and 60 MB depending on your iPhone model. 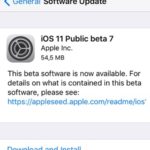 Tap on Settings and browse for General -> Software Update. Allow your iPhone to interrogate Apple’s servers and a few seconds later you will be flashed by the iOS 11 Beta 8 software update screen. Tap Download and Install, Agree with terms and be patient until the update is downloaded. Next, tap on Install and wait until your iPhone installs the update and reboots.
Fact: If this is the first time when you attempt to install an iOS beta version on your device, please read more about how to install iOS 11 public beta in 10 steps!