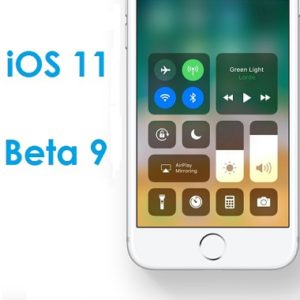 Only three days after the release of Beta 8. Apple has seeded the next test version for the upcoming iOS 11 operating system. With the confirmation of the September 12 keynote, we’re now rapidly approaching the official roll-out of the 11th iOS generation software that will power the 10th anniversary iPhone as well as the new iPhone 7S, iPhone 7S Plus and prior iterations up to the 5S model.

Following the pattern of the late test stages, new iOS 11 betas are focusing on bug fixes and stability improvements. If there are other new features planned they won’t be revealed until the official release. We’re sure that the Cupertino-based tech giant has kept a few changes hidden to surprise us all during the keynote. Until then we can only continue to test and contribute to the tuning of iOS 11. 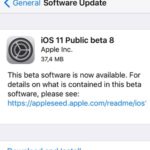 Download iOS 11 Beta 9
iPhone and iPad users that have the Beta profile already installed on their devices can update fast and easy over-the-air from the Settings app. Browse for General -> Software Update and wait until the new version is detected. Tap on Download and Install, provide your Passcode and Agree with Apple’s terms. Now, be patient until the new firmware version is downloaded and deployed on your iOS device.

Fact: If you haven’t tested out iOS 11 just yet and are eager to experience it yourself you have to enroll to Apple’s Beta Program, download the Beta Profile and update the OS. Find more details here!