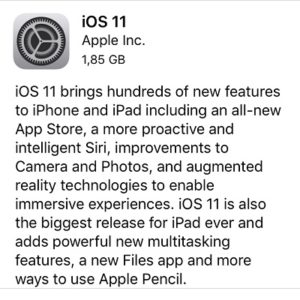 With the iPhone 8, 8 Plus and iPhone X unveiled Apple has also pushed the Golden Master version of iOS 11 to Developers and Public Testers that have helped the company to fine tune the 11th iOS generation during the past summer months. After an unprecedented series of 10 beta versions, iOS 11 is ready to go live worldwide and the GM is the version that will be available on all new 2017 iPhone models that will be shipped from September 22 onwards. The Cupertino-based tech giant has announced this official software release for September 19, that’s one week after the iPhone X keynote.

However, if you want to learn the most important features and changes coming in the 11th iOS generation you can check the video embedded below and go through the iOS 11 GM update log. Or, you can install the Golden Master version on your own iOS device, as long as it’s compatible and you’re ready to install the iOS 11 Beta Profile on your iPhone and iPad. Running the iOS 11 GM will also allow you to install the watchOS 4 GM on your Apple Watch. Here is how to do it. 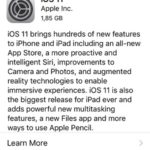 Update To iOS 11 Golden Master
If you’re a beta tester you only have to open the Settings app, from your iPhone’s or iPad’s Home screen and tap on General, followed by Software Update. The iOS 11 GM will be found by your device. Review what’s new and notice that it’s an almost 2GB download that your device is about to embark on. Make sure that you have enough battery juice and that your near a Wi-Fi hotspot. Tap Download and Install, provide your Passcode, Agree with Apple’s terms and sit back and relax until the new software version is installed on your iPhone.

Update to iOS 11 GM From iOS 10.3.3
If your iPhone is running iOS 10.3.3, the latest public update seeded by Apple, you have to download first the iOS 11 Beta Profile on your device, before attempting and over-the-air iOS 11 GM update. This is done by signing up for Apple’s Public Beta testing program and is explained in detail, in this step-by-step tutorial.

iOS 11 brings hundreds of new features to iPhone and iPad including an all-new App Store, a more proactive and intelligent Siri, improvements to Camera and Photos, and augmented reality technologies to enable immersive experiences. iOS 11 is also the biggest release for iPad ever and adds powerful new multitasking features a new Files app and more ways to use the Apple Pencil.

iOS 11 Golden Master Update Log
Play the video provided below and check all the changes and new features coming in iOS 11: