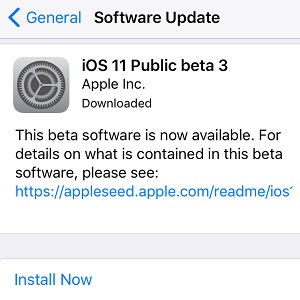 If you already embarked on the iOS 11 beta testing journey you can check the Settings app and refresh the Software Update screen to grab the latest test version available. Apple has recently seeded iOS 11 Public Beta 3, which comes one day after the Developer Beta 4. The two are identical OS versions for your iPhone and iPad, the only major difference is that the Developer version is only available to registered Apple developers, while the Public beta can be downloaded by everyone else.

If you never tested and upcoming iOS version before you have to be aware that the betas come with bugs and glitches that are normal for a software that is still under development. This means that your iPhone and iPad will perform below their usual best, crashing and falling behind tasks quite often. Battery is also depleted faster. All these disadvantages are balanced by the privilege of trying out the new features included in iOS 11 like Screen Recording, native QR scanning functionality for Camera app, redesigned App Store and much more.

iOS 11 Public Beta 3 Installation
As mentioned above, if you’re already testing the 11th iOS generation you can proceed with download and install via the over-the-air update feature.
Else, you can follow our step-by-step tutorial, learn how to signup with the iOS 11 Public beta testing program and install the new software on your iPhone or iPad.
Tip: Make sure that you perform a full iPhone backup before switching for the test version! 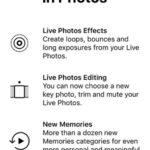 iOS 11 Public Beta 3 Changes
The upcoming iOS generation brings a lot of updates and changes. However, most of them have been unveiled in the initial test version and are only fine tuned as we speak. Bugs are fixed, vulnerabilities patches. However, there are still a few thing to mention that changed from the previous release:
– App Store Updates Refresh: Pull-down on the Updates screen of the App Store app to refresh the section and find out if there are any new app updates available! 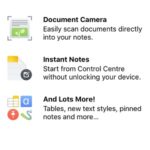 – Photos Info Screen: The first time you open the Photos app after installing iOS 11 you’re prompted with a screen that informs you about the most important chances featured by the app in this version. They include: Live Photos Effects, Live Photos Editing and New Memories, as shown in the print-screen available nearby.
– Notes Info Screen: this app has also received a lot of updates, the most important are also presented on a card when first opening the app. They include: Document Camera, Instant Notes and more.

Tip: Before you decide to grab iOS 11 make sure that it’s compatible with your device!