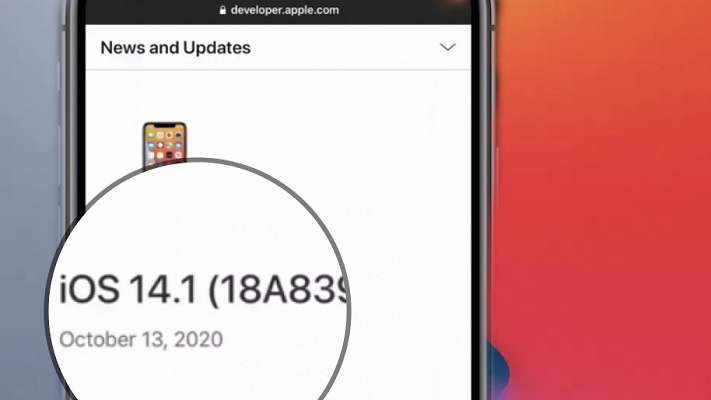 Update 3 (October 20): iOS 14.1 has been released to the general public with 13 bug fixes and improvements, including the fix for the email aliases bug and more!

Update 2: iOS 14.1 has been pulled and is now available as GM version for Developers! IPSW download links are available below in case you want to manually install it on your device!

Strangely, the new software update isn’t available over-the-air yet, but showing up in the Developer portal on Apple’s website. The new version is labeled with the October 13 date, which confirms that the public release is imminent!

iOS 14.1 is the 2nd software update since the public release of iOS 14, back on September 16. It follows iOS 14.0.1, which was a minor release that came with 5 bug fixes, almost two weeks ago.

iOS 14 was a spectacular release for iPhone and iPad. However, as any major release it did include its fair share of bugs and glitches. We expect that iOS 14.1 fixes a series of them, including the bug that’s randomly muting Ringer and Alerts, the Health data problem, the Email aliases glitch and many others.

iOS 14.1 is currently not available OTA. If you’re a registered Apple Developer you can download the IPSW file from your Developer account.
Else, continue to check Settings -> General -> Software Update and update over-the-air when available.
We will update this article as soon as the OTA update is goes live!

Update 1: Apparently iOS 14.1 has been released as a GM version for developers!

If you want to test it out you can attempt to download the IPSW files and install the update manually via iTunes. Please download the appropriate file for your device.
IMPORTANT: Proceed with caution and backup your iPhone or iPad before updating!

There’s no update log available at the moment. We will update this article as soon as iOS 14.1 is released.

Is Apple starting to give paying developers a head start on new software releases? Similar to the Public and Developer beta rollouts? What do you think? Use the comments section available below to share your opinion.