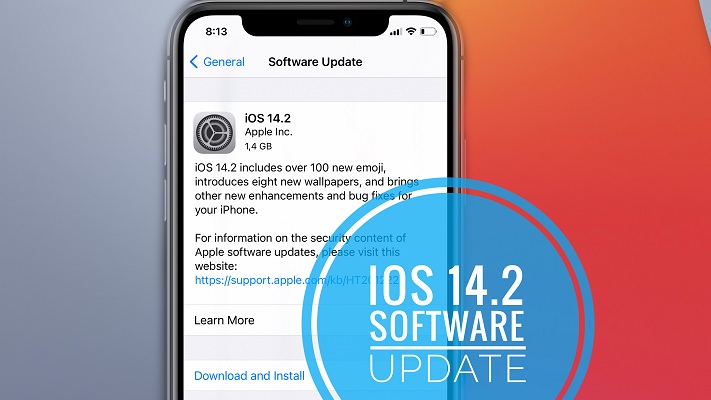 iOS 14.2 and iPadOS 14.2 (build number 18B92) have been released to the general public! This is the 2nd major software update for iPhone and iPad after the initial release of iOS 14 and iOS 14.1!

iOS 14.2 brings a series of new features like over 100 new emoji, 8 new wallpapers, optimized battery charging for AirPods and other. But perhaps more than the new features, users are waiting for fixes for some of the common iOS 14 bugs. Apple mentions 15 fixes in the changelog including missing GPS data for Workouts, wireless charging problems, Exposure Notifications not working in certain situations and much more.

Important: We recommend you to perform a full iPhone backup via iCloud or iTunes before installing a software update!
You can force a manual over-the-air update to iOS 14.2 right now by following these steps: 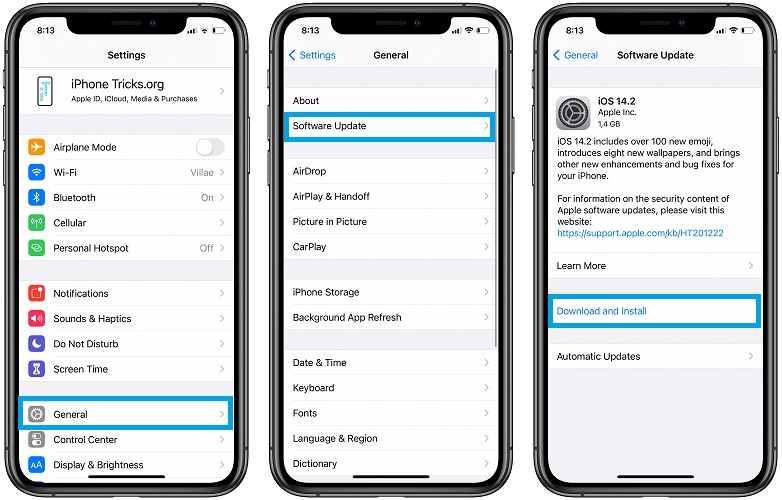 1. Open Settings on iPhone or iPad.
2. Browse for General -> Software Update.
3. Tap on Download and Install.
4. Input Passcode, Agree with Apple’s Terms and be patient until iOS 14.2 is downloaded and prepared for installation.
5. Tap Install Now when it becomes available. Next, the update is verified and deployed on your device.
Tip: Swipe-up and configure your iPhone. Mention if you want to share Analytics with Apple and follow the on-screen prompts.

iOS 14.2 is a significant update. The file is around 1,4 GB large, varying a little depending on iPhone model.
We updated three iPhones to iOS 14.2 and the average duration was 37 minutes.
You can check the time of screenshots provided above that include all iOS 14.2 update stages.
An example shows a device started downloading at 10:36 am and the iOS 14.2 update process was completed by 11:13 am.

If your device is still running the older iOS generation, updating to iOS 14.2 requires the same steps provided above. However, be prepared to download an almost 5 GB large update file. This means that the process will take a lot longer (up to 1 hour). The total update time is strongly impacted by the speed of your Wi-Fi connectivity.
Tips: To make sure that the update process occurs flawless you have to make sure that your iPhone’s battery percentage is over 50% and that the device is connected to a stable Wi-Fi hotspot!

Yes, if you own the iPhone 12 or iPhone 12 Pro and have access to a 5G network. You also have to enable iOS software updates via cellular data as shown in this guide.
Other iPhone owners have to stick with Wi-Fi as only option. Apple limits software update to Wi-Fi only. Most likely because of an agreement that the company has with carriers, to prevent congestion and service downtime, when lots of users start downloading large updates in the same time, in the same area!

Do you encounter any problems like iPhone freezing on Preparing Update…, or the device gets stuck on Terms and Conditions? Please check a guide with the common troubleshooting options available here. If they don’t work, don’t hesitate to comment this article and ask for help!

Here are the ten changes coming in iOS 14.2 as mentioned in the update log: 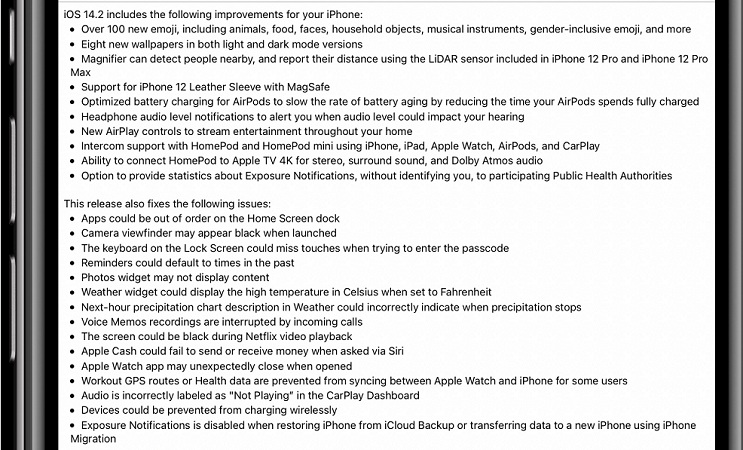 Here are the problems fixed in iOS 14.2 as mentioned by Apple:

Often software updates include more fixes than the ones mentioned in the changelog. The iOS 14.2 beta versions have also included fixes for:
– Random Ringer and Alerts Mutting bug
– The list is open, does iOS 14.2 fix any other iOS 14 bug that was present on your device? Use the comments section and let us know.

Other common and annoying iOS 14 bugs are:
– Keyboard lag problem.
– App Library Other category issue.
– Facebook local network access problem.
– iPhone 12 and 12 Pro No Service bug and many other.

Have you updated to iOS 14.2? What’s your feedback? Do you need any help? Use the comments section available below!