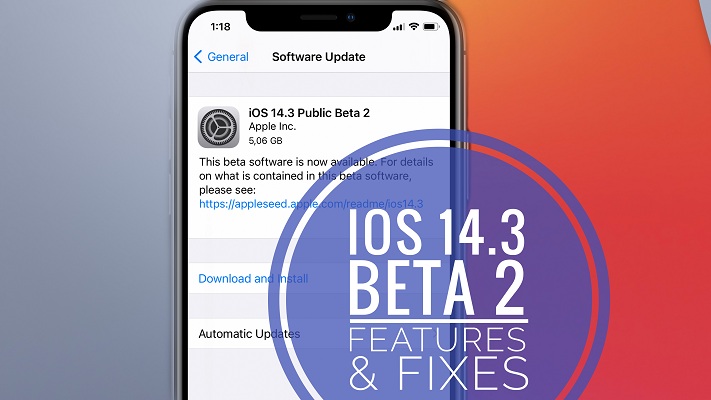 Apple has released the 2nd Beta of the upcoming iOS 14.3 / iPadOS 14.3 software update for iPhone and iPad. This version is now available for both Developers and Public Beta testers and can be downloaded over-the-air as long as the iOS 14 beta profile is installed on your device.

As usual, it fixes some bugs found in the previous versions and includes some new features. Because of the circumstances users are more eager to find out if a series of annoying iOS 14 bugs have been fixed, instead of uncovering the new features.

Below you have the list of the most common iPhone problems that are awaiting a software fix, along with their status in Beta 2: 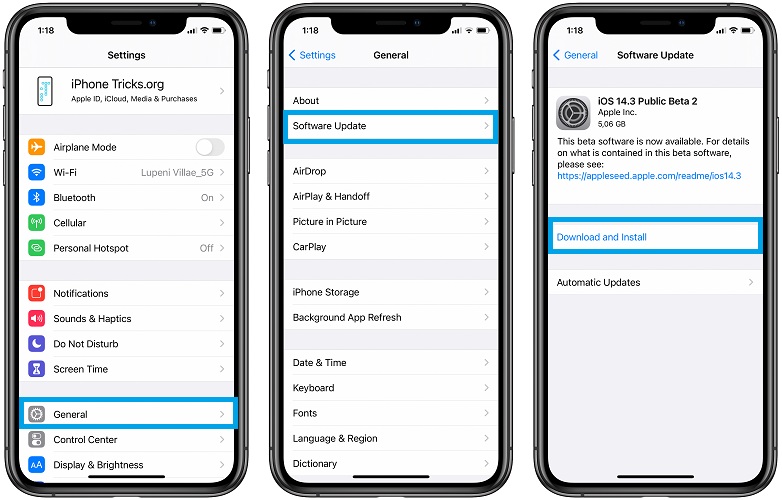 If you device is running the Beta 1, you only have to open the Settings app and browse for General -> Software Update. Tap Download and Install on the iOS 14.3 Beta 2 update screen and your device will upgrade to the new version over-the-air.
If you’re running the public iOS 14.2 release, you have to download the iOS 14 beta profile first to enroll in the iOS 14.3 beta program. A detailed step-by-step tutorial is available here.

As usual, Apple has also published release notes for this version. A known issue is mentioned:

To check out the full changelog tap here.

Have you installed iOS 14.3 Beta 2 on your device? Did you notice any new features or bug fixes that haven’t been mentioned in this article? Don’t hesitate to use the comments section and share your feedback.

Related: On of the latest features introduced in iOS 14 is advanced Shazam integration. Do you know that you can add a Shazam toggle to the Control Center?