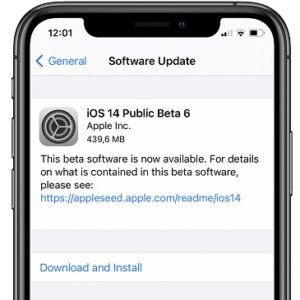 Apple has recently released iOS 14 Beta 6 for developers and public beta testers. This new release comes only one week after the previous issue of Beta 5.
The iOS 14 fine tuning picks up as we approach the general release scheduled for this fall (September or October).

iOS 14 Beta 6 can be downloaded and installed for free if you signup for Apple’s Beta Testing Program.
Most iOS 14 new features have been already discloses in the previous test versions.
Beta 6 does add a new Spatial Audio toggle for AirPods.
However, it’s only the toggle is available in the Settings app, the functionality isn’t available yet.

In the first couple of hours of trying out Beta 6 we managed to find the following additions when compared to Beta 5:
1. Spatial Audio Toggle 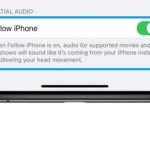 Spatial Audio is a new iOS 14 feature that brings the surround sound feature for the AirPods Pro. A new toggle called ‘Follow iPhone’ can be found in the Beta 6 Settings app.
Settings -> Accessibility -> AirPods -> Follow iPhone
When enabled the ‘Follow iPhone’ feature makes audio for supported movies and shows to sound like it’s coming from the phone instead of following your head movement.
Fact: The feature isn’t working yet, but the addition of the toggle is an obvious step forward for the final implementation.

2. Time Picker Design Change
The time picker interface has been redesigned in iOS 14. What’s new to the Beta 6 is a new orange box that has been added around the time to highlight the fact that you can interact with the field to change the time.
Slide-up or down to reach the desired time when setting an alarm on your iPhone. 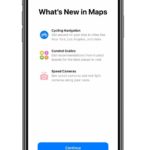 The stock Maps app receives a new splash screen that informs about the changes coming with iOS 14. The splash screen is displayed the first time you open an app after updating to the new software.
It informs you about the new:
– Cycling Directions,
– Curated Guides (suggesting the best places that you can visit),
– Speed Cameras (highlights speed cameras and red-light cameras around your route).

Important: Before updating your beta version or downloading it from a public iOS release, perform a full backup of your iPhone!

If you’re already running iOS 14 beta on your device, we recommend you to update to this latest release. Besides the minor changes, the update promises bug fixes and performance improvements, which are highly welcomed at the current stage of iOS 14 development.
To update open the Settings app and scroll for General -> Softare Update.
Hit Download and Install and follow the on-screen instructions.

To update to iOS 14 Beta 6 from a public iOS version requires you to enroll your iPhone first. This is done by becoming an Apple Beta Software Program member.
Please check our detailed step-by-step guide about how to install iOS 14 Public Beta on an iPhone. The guide demoes Beta 2, but the procedure is identical for all betas and you’ll download the most recent release.

For a detailed look at how to install the iOS 14 Public Beta on your iPhone, watch our video tutorial available below:

Have you updated to Beta 6? Don’t hesitate to share your feedback and highlight other new features that we left out.