iOS 14 Developer Beta Should Be Released On June 22 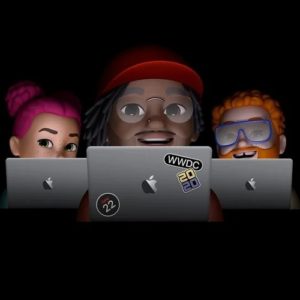 Apple has just announced that WWDC 2020 is scheduled to start on June 22, a couple of weeks later than expected. That’s because this year, the event will premiere a new virtual format, imposed by the social distancing caused by the novel Coronavirus. Instead of charging developers $1,599 per ticket for physically attending to the World Wide Developers Conference, Apple now provides free access to the millions of registered developers from all around the world. There are in fact 23 millions developers as Apple claims in its most recent press release.

WWDC20 will be hosted in the Apple Developer app and on the Apple Developer website. The event will also span over the course of one week, similar to past editions. Although not confirmed yet, the keynote is expected to be hosted as usual on the first day of the conference, Monday June 22. This is the day when we expect Apple to release the first iOS 14 Beta to registered developers.

WWDC 20 – What To Expect!
Venue: Online (Apple Developer app, Apple Developer website).
Dates: June 22 – 26.
Keynote: Monday, June 22.
Keynote Time: 10am PST / 1pm EST / 6pm BST (UK) / 19:00 (Central Europe).
Software to be previewed: we expect Apple to preview the upcoming iOS 14, iPadOS 14, watchOS 7, tvOS 14 and macOS 10.16.
New Products: leaks and rumors across the internet are expecting Apple to announce the AirTags during the WWDC20 keynote. These are some Tile-like Bluetooth tags that will help users to track and locate misplaced objects. Other products that Apple has been rumored to work on are a 23-inch Macbook (iMac), over-ear headphones, a wireless charging mat (not AirPower), a new iPad Air and a new Apple TV. However, neither of these new projects has been currently linked to WWDC 2020.

WWDC 2020 Swift Student Challenge
The exciting Swift programming competition will be hosted this year too. Traditionally, the winners are getting scholarships for attending to WWDC. However, because WWDC20 is hosted online this time, young developers will receive an exclusive WWDC 2020 jacket and a pint set. They’ll most likely remain on Apple’s radar for the years to come.
To participate to the Swift Challenge, student developers from all over the world, have to create an interactive scene using the Swift Playgrounds software. The scene should be up to three minutes long. You can submit your projects now up until May 17! For more details you can check Apple’s official web page related to this challenge.

Do you plan to follow the WWDC 2020 keynote online? Let us know in the comments section available below!

Related: Do you know that iOS 14 could bring the CarKey feature to your iPhone?