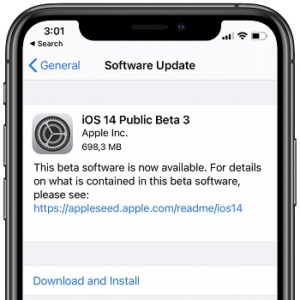 Apple has recently rolled out iOS 14 Public Beta 3. It’s the third test version of the upcoming iPhone OS, scheduled to be publicly released this fall.
New features coming in iOS 14 are tweaked and refined during multiple testing stages that are ongoing this summer.

As the previous beta, iOS 14 Public Beta 3 can be installed on any compatible iPhone.
You don’t need to be a registered Apple Developer, to test out the new software at this stage of the beta timeline.
All that you have to do is sign in to Apple’s Public Beta Software Program.
Next you have to enroll your iPhone, download and install the iOS 14 Beta Profile.
Finally you have to download the update and start testing out the new features.

A. Upgrade from Public Beta 2 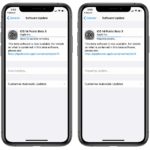 If you already run the iOS 14 Public Beta 2 on your device, upgrading to Beta 3 is straightforward. All that you have to do is open the Setting app and browse for General -> Software Update.
Download the 3rd Public Beta over-the-air as any other regular software update.
Fact: The update package is 698,3 MB large, smaller than the Public Beta 2 download file which was 833,3 MB large. We expect this trend to continue with the upcoming betas as the fine tunes should become finer and finer as we reach the public release. 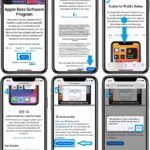 If you haven’t tested out iOS 14 yet and want to install iOS 14 Public Beta 3 straight from the most recent public release, iOS 13.6, you have to work a bit harder. Below, you’ll find a list with all the stages that you have to go through to safely install iOS 14 Public Beta 3 on your iPhone. For a detailed step-by-step tutorial check our Public Beta 2 installation guide. The procedure is identical for Beta 3.
1. First we recommend you perform a full backup of your iPhone.
2. Next, you need to enroll your iPhone as an iOS 14 test device, by visiting Apple’s Beta Software website and downloading the iOS 14 Configuration Profile.
3. Install the downloaded profile on your iPhone.
4. Visit Settings -> General -> Software Update and grab the iOS 14 Public Beta 3.

If you want to find out what’s upcoming you should refer to our iOS 14 new features compilation.
Below you can find the changes and new fine tunes included in Public Beta 3 when compared to the Beta 2 test version.

Tip: Upgrading from iPadOS 13.6 to iPadOS 14 Public Beta 3 is identical. Just follow the same steps on your iPad.

Are you running iOS 14 Public Beta 3 on your iPhone? Do you notice any other new features that we haven’t listed here? Let us know in the comments section available below!

Related: Did you know that in iOS 14 you can back tap iPhone for quick actions?