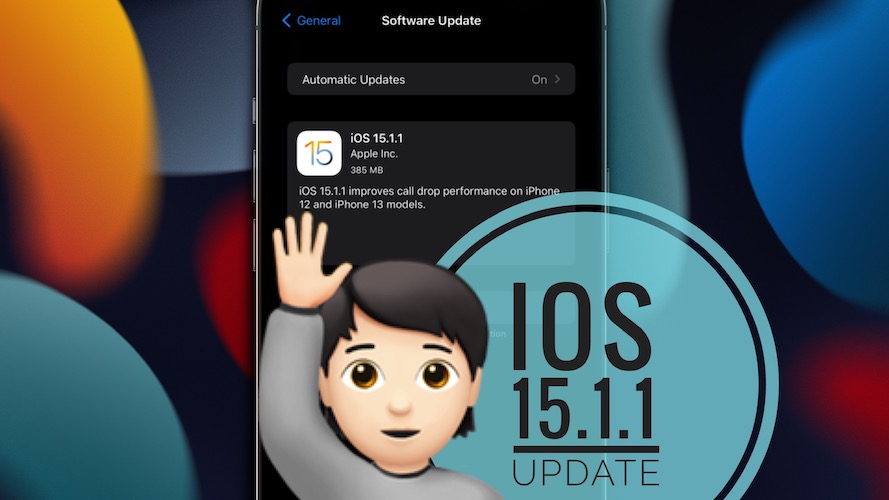 Apple has released iOS 15.1.1 with build number 19B81. It’s a minor bug fixing update for the iPhone 12 and iPhone 13 Series. According to the release notes it fixes call drop issues on the above mentioned devices. 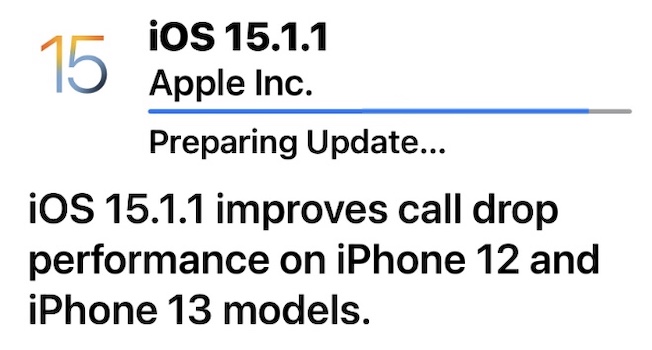 The release notes mention that the iPhone 13 drop call issue has been addressed.

In fact the exact quote is

So, call dropping is seen as a performance, that has to be improved. Doesn’t ‘addresses unexpected call drop issue’ make more sense?

Anyway, other bugs might have been addressed too even though not mention in the update log. If you notice anything else that got fixed use the comments section and share it with us. We will update the info here.

Although we hope that it won’t be the case, this section is dedicated to new issues that surface in iOS 15.1.1:

There are no other changes mentioned in the release notes. However, Apple might slip minor edits without highlighting them. If you spot anything new don’t hesitate to let us know. 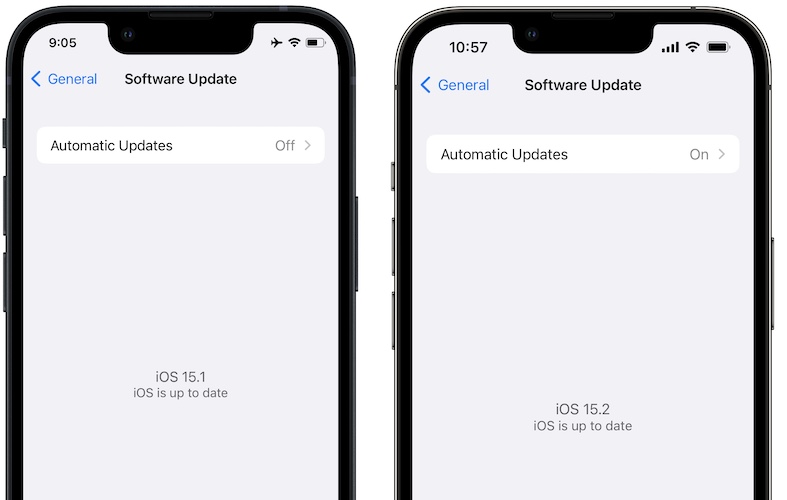 Are you trying to update to iOS 15.1.1 but the update doesn’t show up in Settings? Here are a couple of reasons:

Why? Because it addresses an issue with calls being dropped on the above mentioned models. Most likely its hardware like modem or other component that’s causing this issue and its only available on the iPhone 12 and 13 Series.

If you updated your iPhone to an iOS 15.2 beta version you won’t get iOS 15.1.1 either. That’s because your device already jumped to iOS 15.2. You would need to downgrade to iOS 15.1 to be able to get this update.

Fact: Most likely Apple has released iOS 15.1.1 with improvements that are already included in iOS 15.2 Beta 3, but many users needed access to them right now through a public version. So instead of waiting until iOS 15.2 is ready for the public release, Apple has chose this minor update to rush the drop call fix out.

Have you managed to update iPhone to iOS 15.1.1? Do you notice any other changes? Share your feedback in the comments section!

Related: iOS 15.2 should be the next important software update for iPhone and iPad. It’s currently towards the end of the beta testing process. Check out what’s new in Beta 3!