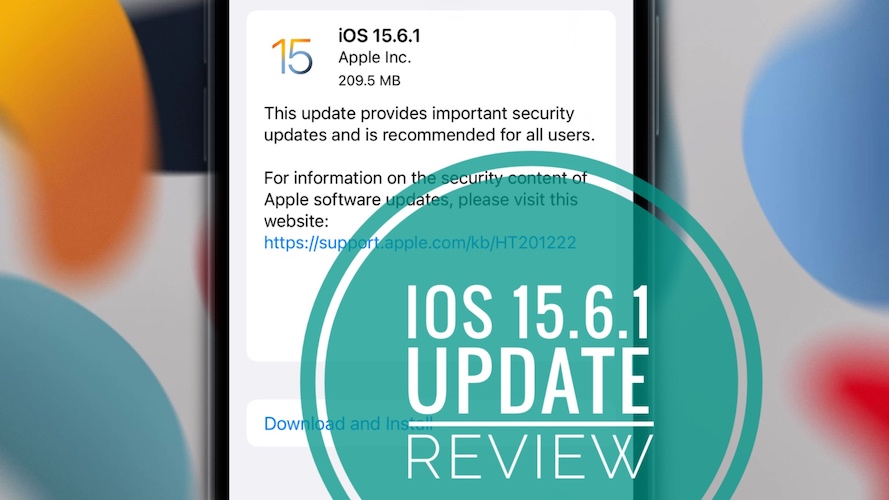 Apple has released iOS 15.6.1 build number 19G82. It brings bug fixes and security improvements. It’s a minor update but yet very important, because a lot of problems have been reported after the release of iOS 15.6, a month ago! 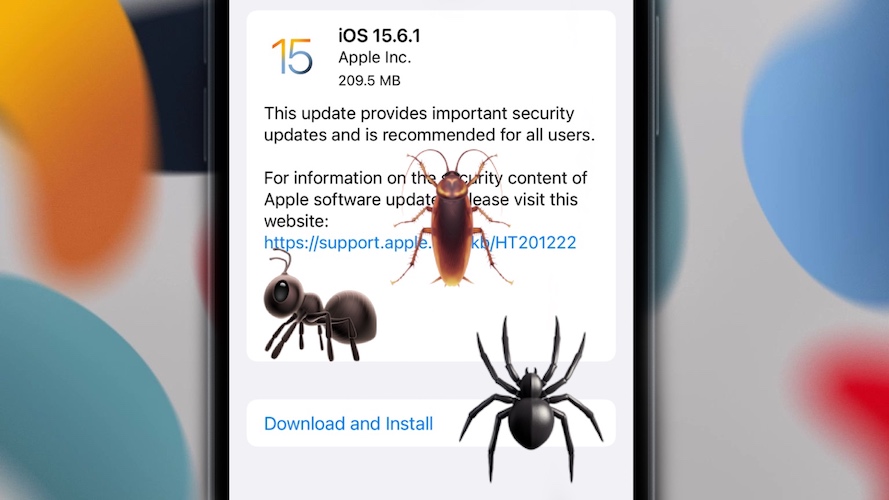 Let’s split this section in:

Any new bugs that surface in this release are highlighted below:

Take a look at bugs reported in iOS 15.6 that have been patched by this update:

According to the security content of this update Apple has patches some Kernel and WebKit vulnerabilities that might have been actively exploited.

There are no other changes mentioned in the release notes. However, if we spot any we will mention them here

It’s been less than 24 hours since the release, with no major bugs reported so far.

From the security point of view, yes you should definetly update.

Tip: If you’re running iOS 15.5, iOS 15.6, you should go for this update. We’re not sure about the dimension of the bug fixes, but it has to be at least one step forward.

Conclusion: If you’re on iOS 15.4 you might want to wait it out a couple more days until we receive more feedback. 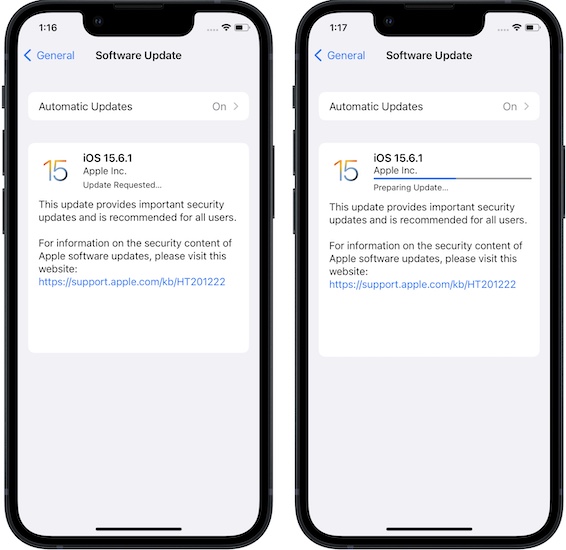 Is this new release not showing up in Settings? Here are some potential causes:

If iPhone or iPad is running an iOS 16 / iPadOS 16 Public or Developer beta version, iOS 15.6.1 won’t show up, even if the iOS 16 Configuration profile is deleted an device restarted.

Fact: You can install iOS 15.6.1 from iOS 16 if you choose to downgrade with the help of a Mac or Windows computer. More, details are available here.

2. Not Available In Your Region

It seems that Apple is currently drip-feeding the iOS 15.6.1 release. Some users from Europe, including members from our staff aren’t getting this update yet.

Tip: If you get iOS 15.6, iOS is up to date, be patient and try again in the upcoming hours. 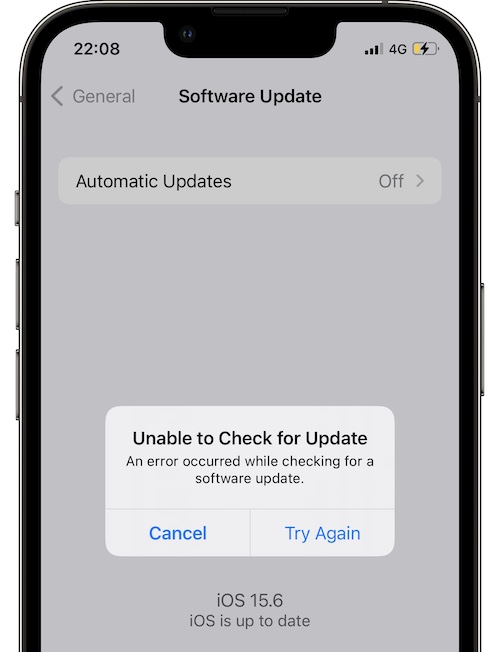 If you get the Unable to Check for Update error message, informing you that “an error occurred while checking for a software update”, check the device’s Internet connectivity.

Have you managed to update to iOS 15.6.1 / iPadOS 15.6.1? Did you spot any changes not mentioned in this article? What about bug fixes or new problems? Share your feedback in the comments!