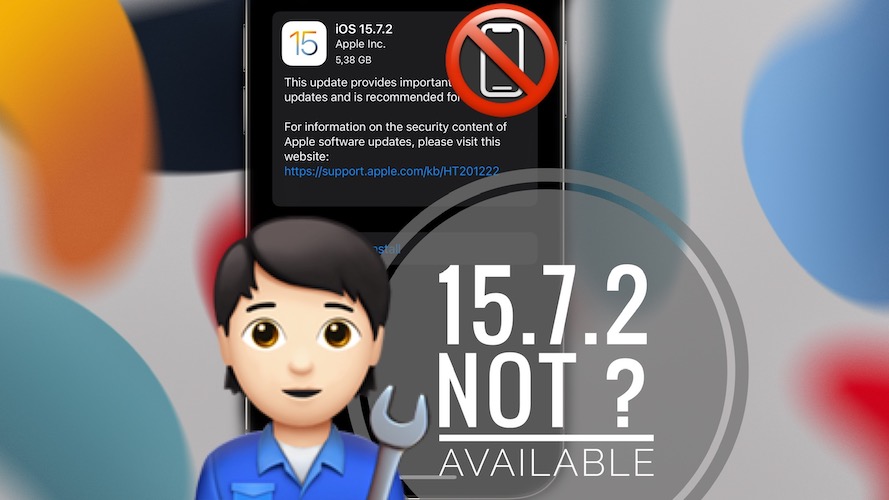 iOS 15.7.2 not available on iPhone and iPad? Apple has released build number 19H218 alongside iOS 16.2 and the other software versions for its entire range of products but 15.7.2 is not showing in the Software Update section? 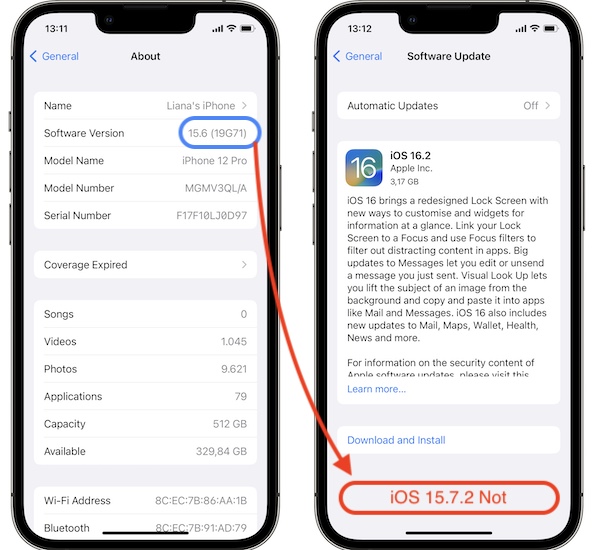 Several readers have reported that this release is not showing up on iPhone although it runs iOS 15.7.1 or earlier:
Kevin writes:

Are you encountering the same issue on iPad running iPadOS 15.7.1? You’re forced to update to iPadOS 16.2, because it’s the only available option?

Scrolling down to the bottom of the page doesn’t display the:
Also available: iOS 15.7.2, similar to when iOS 15.7.1 was available as an alternate update?

Fact: Unfortunately iOS 15.7.2 is only available to iPhone and iPads that are not compatible with iOS 16!

According to Apple’s support document this update is only available to: 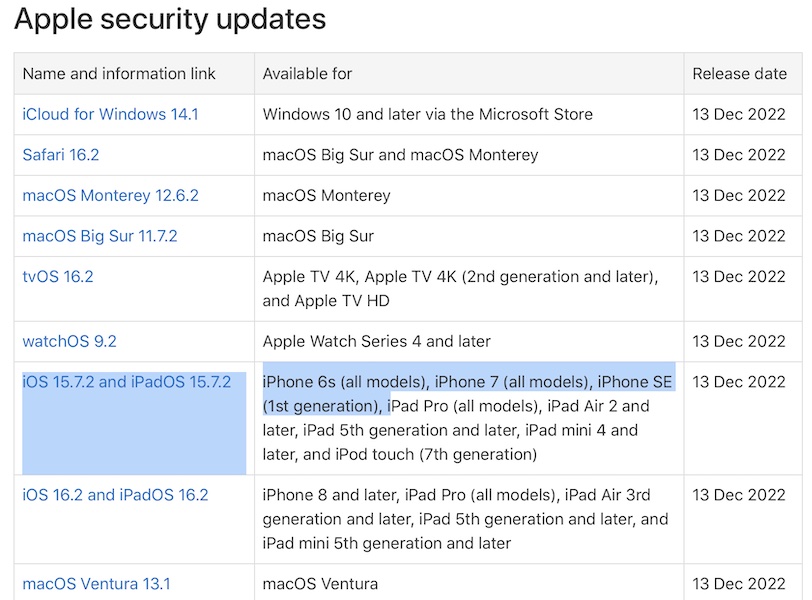 If you’re looking to bypass limitation I can think of two possible options!

Both of them require you to force the iOS 15.7 RC update, which is the last beta version, of 15.7.2 and comes with the same build 19H218, which makes it identical to to the public release:

This alternative requires you to manually download the iOS 15.7.2 RC ipsw file and update it on your iPhone with the help of a computer (Windows or Mac) and the Finder or iTunes software.

How to: A detailed step-by-step guide is available here. However, first check the list below if iOS 15.7.2 ipsw download links are available for your iPhone or iPad model.

Tap on the link available below to download the file on your computer:

Tap on the link available below to download the file on your computer: 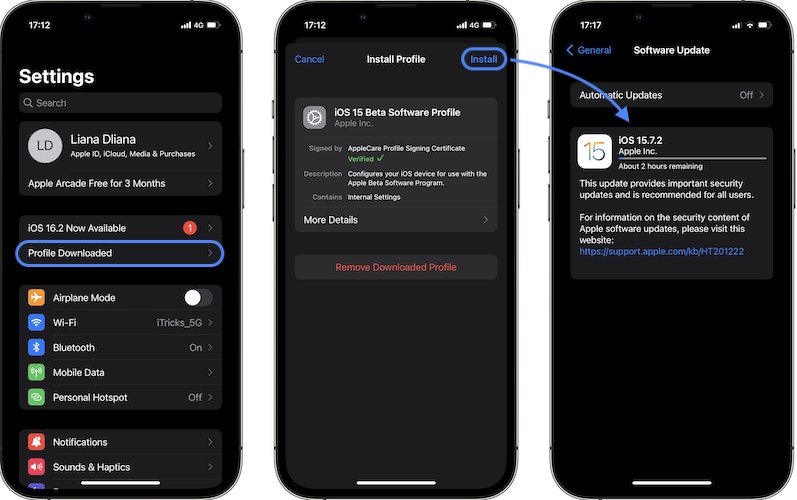 Another option is to download and install the iOS 15 beta profile and update to iOS 15.7.2 RC, over-the-air in Settings:

Have you managed to download iOS 15.7.2 on an iOS 16 compatible iPhone or iPad? Do you have a better solution or other questions? Share your feedback in the comments!

Related: If you’re looking to downgrade iOS 16.2 you can still do it using the iOS 15.6 RC loophole!