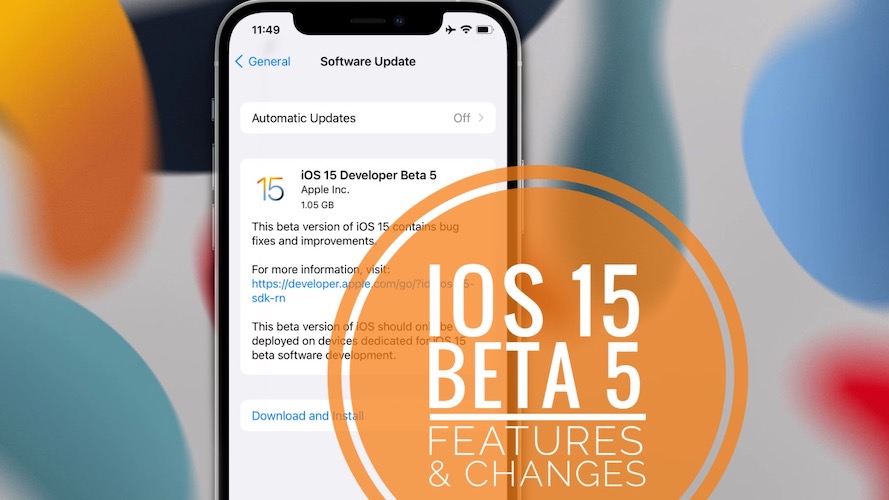 Apple has released iOS 15 Beta 5 build number 19A5318f! This version continues to refine the new features showcased in the previous betas and focuses on bug fixes and performance improvements. It does add a new setting that allows you to choose if you want your iPhone to remain findable after Power Off or not.

Important: Don’t forget to perform a full iPhone backup before you update! It will help if anything goes wrong with the beta, or if you want to downgrade back to iOS 14. 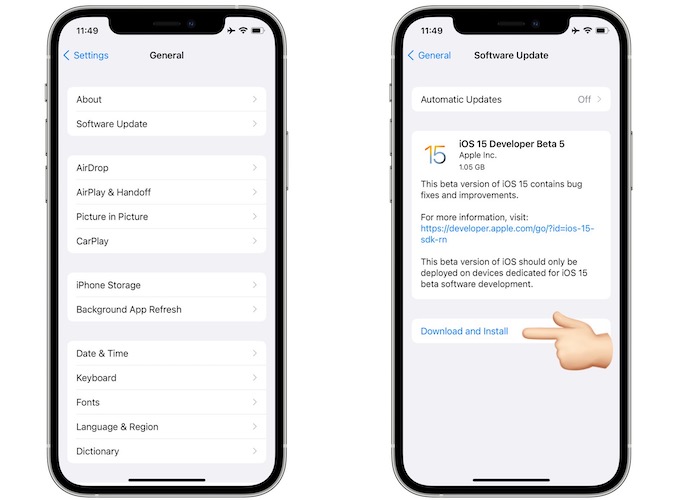 If your iPhone is already running an iOS 15 beta version and assuming that the iOS 15 Configuration Profile is still installed on your device, updating to iOS 15 Beta 5 is very easy.

Browse for Settings -> General -> Software Update and hit Download and Install as soon as the iOS 15 Developer or Public Beta 5 is detected.

Provide your Passcode, agree with Apple’s terms and follow the on screen prompts to complete the update process. 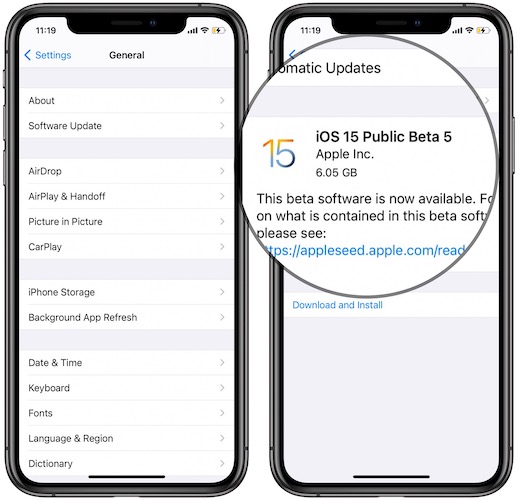 If you’ve been patient until now and this will be your first glance at iOS 15, you do have to enroll your iPhone to the iOS 15 beta testing program.

Use your Apple ID to Sign In or Sign Up with the Apple Beta Software Program website. Download the iOS 15 beta profile and install it on your device. Finally, reboot iPhone and iOS 15 Public Beta 5 will become available in Settings -> General -> Software Update.

Tip: Check out our step-by-step how to update to iOS 15 beta guide!

Below you can find a list of new iOS 15 features that premiere in Beta 5:

Here are the changes that we could find in this new test version when compared to Beta 4:

The following bugs have been fixed in this release:
– Notification icons are now able to match the icon of their corresponding Focus mode.
– Focus Indicator is now perfectly aligned when displayed on the Lock Screen.

These are new issues that have surfaced since updating to Beta 5:

Have you updated to iOS 15 Beta 5? Did you notice any other new feature, that’s not listed in this article? What about bugs? Use the comments section and share your feedback.

Related: For popular as well as less known features coming in iOS 15 you can check our detailed review here.