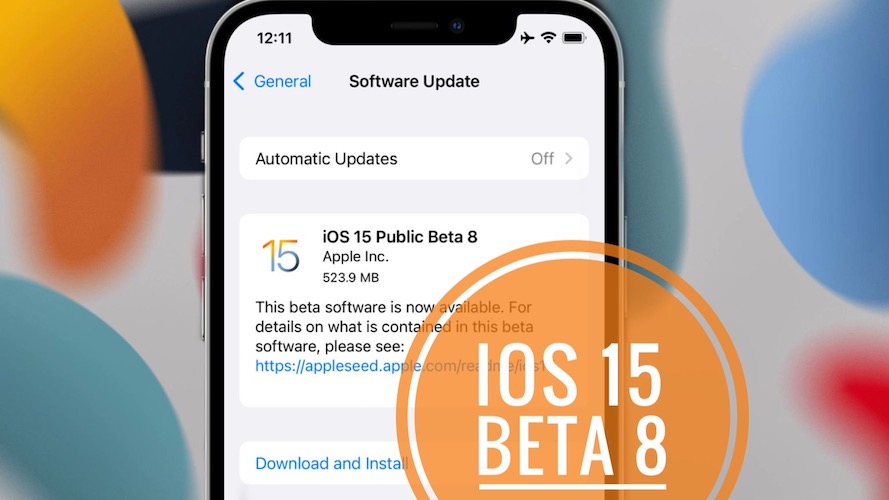 Apple has released iOS 15 Beta 8 build number 19A5340a (up from 19A5337a) for both Developers as well as Public Beta testers. This version focuses on under-the-hood improvements. No new features have been spotted, when compared to Beta 7, that was rolled out only 6 days ago!

As usual with iPhone and iPad software releases the new versions are available over-the-air in Settings -> General -> Software Update.

Tip: The iOS 15 beta profile has to be installed on your device, for the beta updates to show up on the Software Update screen. If you’re updating from a public iOS 14 version, use this step-by-step guide to download iOS 15 Beta 8!

No other features have been reported yet in this release, when compared to Beta 7. If you spot anything don’t hesitate to inform us, using the comments option available at the end of this article.

You can check out new iOS 15 features reviewed here.

Fact: iOS 15 and iPadOS 15 Public Beta versions are identical with the Developer releases.

Any issues patched by this will be updated here. Don’t hesitate to contribute if you spot any solved problems or new bugs!

Have you updated to iOS 15 Beta 8? Did you spot a new feature or encountered a new bug? Use the comments section to share your feedback!

Related: Apple has also rolled out a new macOS Monterey Public Beta version as we approach the macOS 12 public release scheduled for this fall!

Last Updated on September 5, 2021 by Patricia